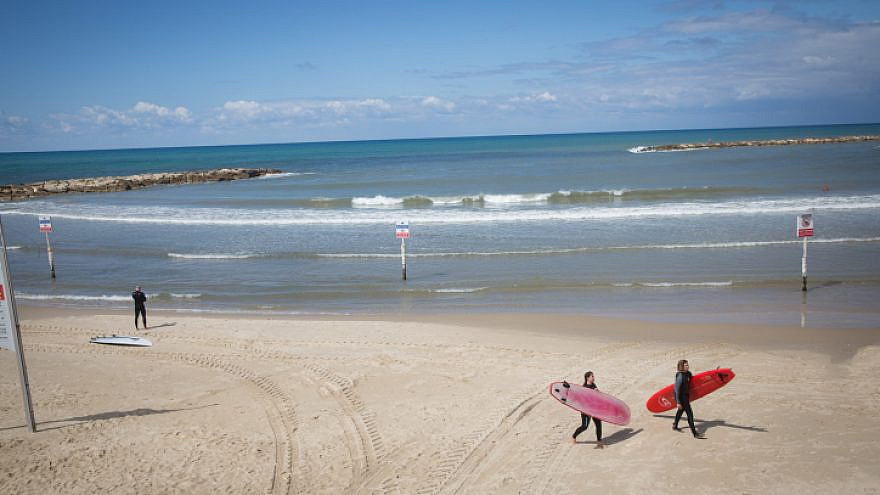 (March 17, 2021 / Israel Hayom) Israel’s Environmental Protection Ministry on Wednesday announced the lifting of the state of emergency declared last month due to a massive oil spill off the country’s Mediterranean coast. Intensive clean-up efforts have restored 82 percent of the country’s 101 official beaches to usable condition, the ministry said in a statement. Sixty-one percent of all beaches, both official and unofficial, are clean or lightly polluted, 36 percent suffer from low- to mid-level pollution and only 3 percent are “significantly” polluted, according to the ministry.

“After an especially intense month, we are moving to the next stage and continuing to support coastal authorities in their work to clean and remove the tar to allow the beaches to be fully cleaned,” said Environmental Protection Minister Gila Gamliel.

Israel’s Cabinet on Feb. 23 approved the allocation of 45 million shekels ($13.8 million) to help deal with the spill, that affected some 100 miles of Israel’s coast.

“We are continuing to work with the International Monetary Fund to demand compensation for the serious damage to Israel’s beaches,” she added.

As of Wednesday, over 650 tons of mixed tar have been removed from Israel’s beaches, according to the statement.

The ministry also said it would work with local authorities to set up diving teams to locate masses of tar underwater, as well as look into the possibility of conducting an underwater cleaning campaign based on the results of that effort.