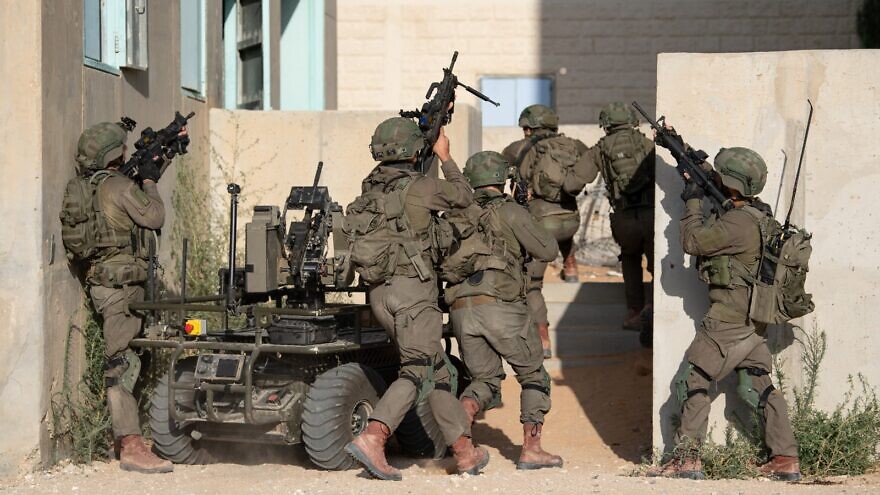 (May 9, 2021 / JNS) The Israel Defense Forces launched a month-long war exercise on Sunday—the largest in its history—simulating a multi-front conflict.

The wargames, dubbed “Chariots of Fire,” will see the IDF test its responses to combat scenarios in northern and southern Israel, as well as in Judea and Samaria, Kan reported on Sunday.

After consultations on Saturday, in light of heightened tensions in Jerusalem, the West Bank (Judea and Samara) and Gaza, IDF Chief of Staff Lt. Gen. Aviv Kochavi decided to proceed with the exercise, the report said.

This exercise, which involves large-scale drills, will be undertaken by conscripted and reserve units, with the participation of the ministries of defense and foreign affairs, as well as all security agencies, the report added.

In response to the launch of the exercise, Hezbollah has raised its level of alert in southern Lebanon and Syria to heights “not seen since the Second Lebanon War,” Lebanon’s El-Neshra newspaper reported.

During a televised speech on Friday to mark “International Quds (Jerusalem) Day”—an annual Iran-initiated anti-Israel event held on the last Friday of Ramadan—Hezbollah chief Hassan Nasrallah warned Israel, “Any folly or any attempt to change rules of engagement won’t go unanswered. We are ready to defend our country … If the Israeli army were strong enough, it would not need all these maneuvers.”