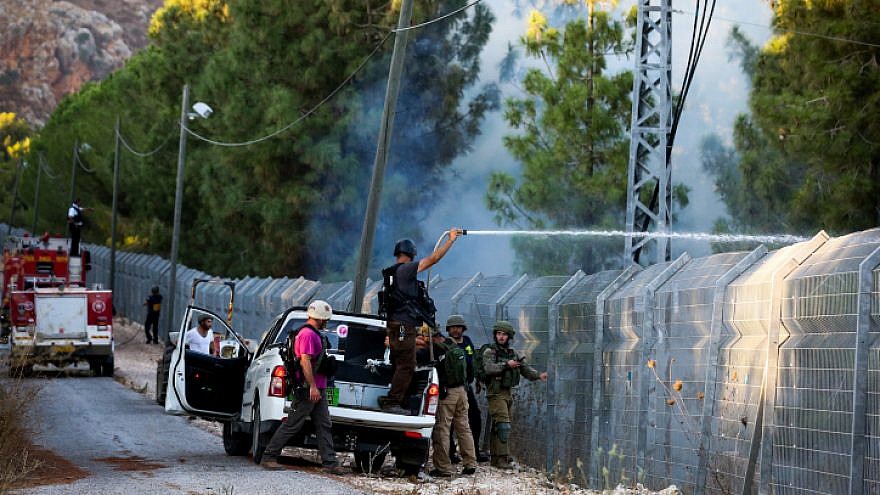 (June 30, 2020 / JNS) Shin Bet, Israel’s domestic security service, announced on Tuesday that it had arrested two women in northern Israel on suspicion of spying for Hezbollah.

The suspects, Israeli citizens from the northern Arab Israeli town of Majd al-Krum, were arrested on June 6. They had been under investigation since meeting with a Lebanese journalist in Turkey in 2019 who tried to recruit them for the Lebanese Shi’ite terrorist organization, according to the Shin Bet.

The journalist in question is Beirut Hamud, a former Israeli from Majd al-Krum who moved to Lebanon in 2013, where she now lives with her husband, Bilal Bizari.

The same journalist “was interrogated by security authorities in 2013 on suspicion she contacted Hamas activists, who she met in conferences held in Morocco in 2008 and in Tunisia in 2012,” said the Shin Bet, according to the report.

“Following Beirut’s contact with the suspects and following a joint meeting of the three in Turkey in December 2019, the two were interrogated by the Shin Bet on suspicion that during the visit, Beirut and her husband attempted to recruit them into Hezbollah’s ranks,” said the agency.

According to the Shin Bet, during the investigation “we confirmed the suspects’ ties with Hamud and received information about the meeting and how Hezbollah is acting through Hamud and her husband in order to recruit more Israelis for terrorist activities.”