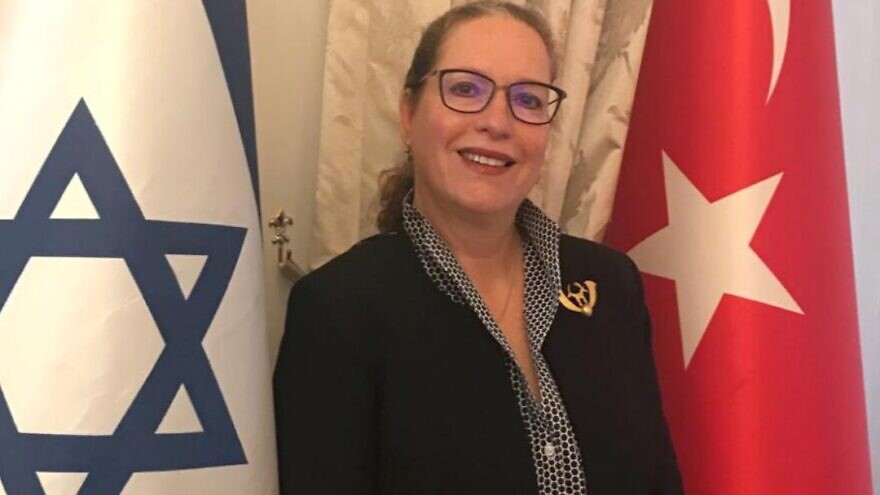 (December 27, 2022 / JNS) Israeli Ambassador to Turkey Irit Lillian presented on Tuesday her credentials to President Recep Tayyip Erdogan, taking up a post that had been vacant for four years.

In August, Jerusalem and Ankara announced the restoration of full diplomatic relations, with Israeli Prime Minister Yair Lapid saying at the time that the move would “contribute to deepening ties between the two peoples, expanding economic, trade and cultural ties, and strengthening regional stability.”

Lillian was appointed as ambassador in September and for the last two years has been chargé d’affairs at the embassy in Ankara. She is the first person to hold the post since 2018, when Turkey expelled Israel’s envoy and withdrew its own ambassador from Jerusalem amid fighting between the IDF and Palestinians along the Gaza border.

Once-warm relations deteriorated rapidly following the rise to power of Erdogan, a supporter of Hamas who has been a fierce critic of Israel’s policies vis-à-vis the Palestinians.

Ties reached a nadir in the wake of the 2010 Mavi Marmara incident, in which nine Turkish nationals were killed after they attacked Israel Navy commandos boarding the ship, which was sent by an Islamist organization deemed close to Erdogan and was attempting to break the blockade of Gaza.

In November, Turkey appointed Sakir Ozkan Torunlar as ambassador to Israel. He previously served as Ankara’s consul general in Jerusalem between 2010 and 2013.