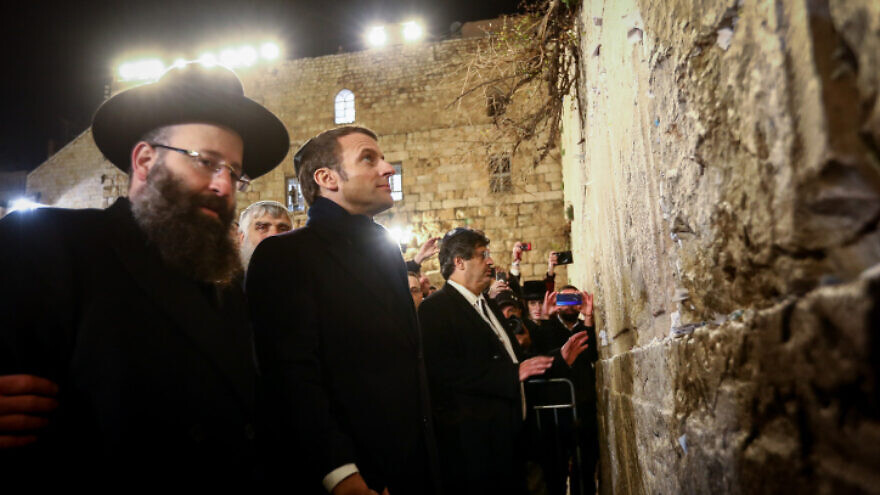 (October 25, 2020 / JNS) Around 200 Israeli Arabs gathered in Jaffa on Saturday outside the residence of France’s ambassador to Israel to protest against French President Emmanuel Macron’s statement that France would not ban cartoons of the prophet Muhammad.

After evening prayers, protesters held signs supporting their prophet, and one demonstrator, Amin Bukhari, told the AFP that Macron was playing the game of “the extreme right.”

“The Prophet Mohammed is the most sacred thing in Islam and whoever attacks his honor, attacks an entire people,” he told the crowd.

French police raided the offices of Islamic organizations last week and detained foreign nationals suspected of extremist religious beliefs following the beheading of 47-year-old history teacher Samuel Paty by an 18-year old Chechen immigrant. Paty was killed for showing caricatures of Muhammad in a class on freedom of expression.

Macron last week vowed, “We will not give up cartoons,” and said that Islamists “will never have” France’s future, according to the report.

“Insulting religions and prophets is not a matter of freedom of expression, but rather promotes a culture of hatred,” Hamas said in a statement, according to the AFP.