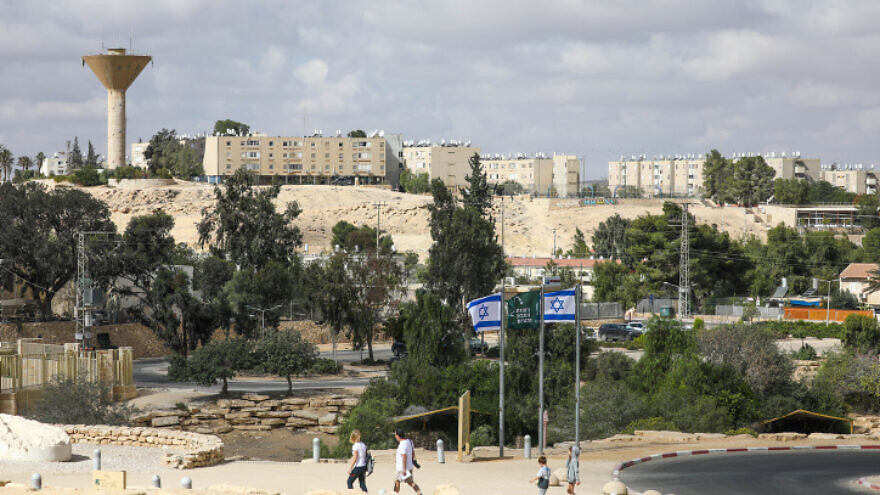 (November 15, 2021 / JNS) The Israeli Cabinet on Sunday approved a $160.8 million plan to strengthen the communities of the Negev, the Prime Minister’s Office reported.

The plan, which comes in the framework of the relocation of Israel Defense Forces bases to the south of the country, was formulated by Israeli Prime Minister Naftali Bennett, Defense Minister Benny Gantz and Finance Minister Avigdor Lieberman, the PMO said in a statement.

“We have spoken about investing in the [area], and here it is happening on the ground,” said Bennett, going on to invoke a famous quote by the country’s first premier, David Ben-Gurion: “It is in the Negev that the people of Israel will be tested.”

Gantz also lauded the decision to allocate funds for the plan, which, he said, “expresses the significant integration between the IDF and Israeli society.”

Calling the plan a “top priority and significant milestone for the government,” Lieberman said, “The economic growth of the Negev, through national projects that include infrastructure development, education and the IDF, will lead to the prosperity of the entire country and positive population growth of the area, while also improving its image.”

According to the PMO, the plan includes building a hospital; creating a military-academic-industrial ecosystem; integrating residents in the regional-development process; encouraging positive migration to the area; and enhancing transportation and infrastructure.