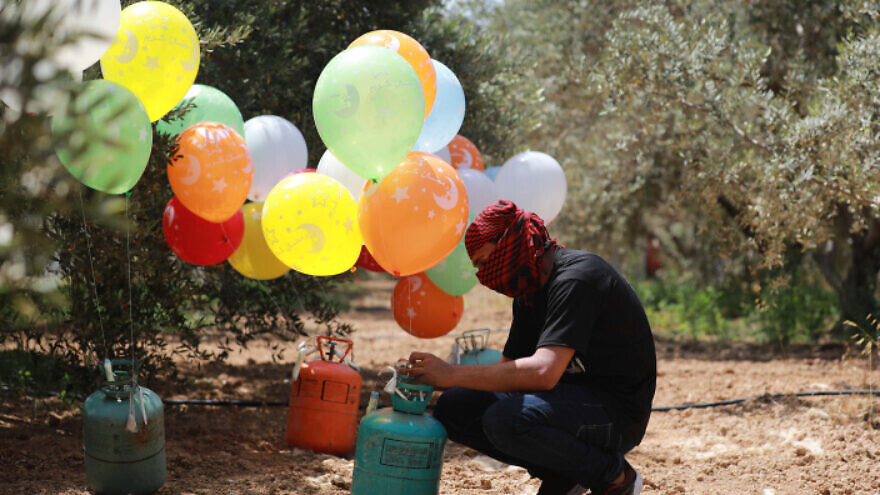 Palestinians in the Gaza Strip prepare explosive devices to be launched into Israel, on May 31, 2019. Photo by Hassan Jedi/Flash90.
Spread the word.
Help JNS grow!
Share now:

(February 17, 2020 / JNS) An Israeli child on Sunday found an explosive device attached to a balloon in the yard of her home in Moshav Shuva in southern Israel, according to the Israeli military.

The device is believed to have been launched from the Gaza Strip some three miles to the west—one of hundreds of such devices launched from the Hamas-controlled territory since 2018. They are often designed colorfully or attached to toys, specifically to attract the attention of children.

Hundreds of incendiary devices were launched into Israel in the dry summer months of 2019, causing dozens of fires that laid waste to thousands of acres of land, including national parks and agricultural lands.

Recent weeks have seen an uptick in “terror balloon” attacks, although Israeli media reported that Hamas had agreed to halt rocket and incendiary balloon attacks as part of a ceasefire deal.