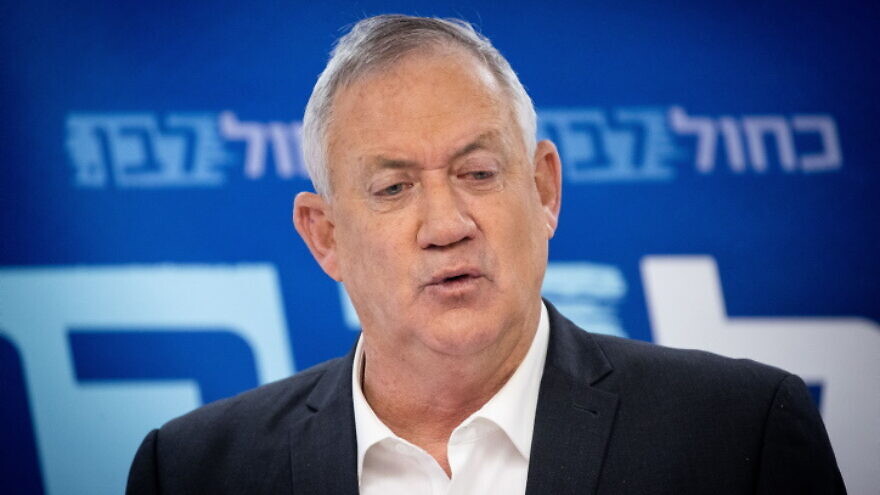 Gantz told Abbas that “Israel seeks to take measures that will strengthen the P.A.’s economy,” according to a Defense Ministry statement.

The two also discussed “security policy, civilian and economic issues,” and agreed to continue communicating on the issues raised during the meeting.

Also attending the meeting were the head of Israel’s Coordinator of Government Activities in the Territories, IDF Maj. Gen. Ghasan Alyan, the head of the P.A.’s General Authority of Civil Affairs, Hussein al-Sheikh, and the head of the Palestinian Intelligence Service Majid Faraj.

At the end of the larger discussion, Gantz and Abbas held a one-on-one meeting.

Israeli Prime Minister Naftali Bennett gave the green light for the meeting, but a senior aide was quick to stress that it doesn’t represent a return to the negotiating table, Maariv reported.

The Biden administration’s point-man on Israel-Palestinian relations, Deputy Assistant Secretary of State for Israeli-Palestinian affairs Hady Amr, urged Israel to help the P.A. financially during a visit to the region in July.

“I have never seen the Palestinian Authority in a worse situation,” he told Israeli officials after visiting Ramallah, according to news site Axios. “It is like a dry forest waiting to catch on fire,” he warned.

The Palestinian economy is in crisis, partly due to the impact of the coronavirus pandemic and partly due to sharp cuts in international financial aid.