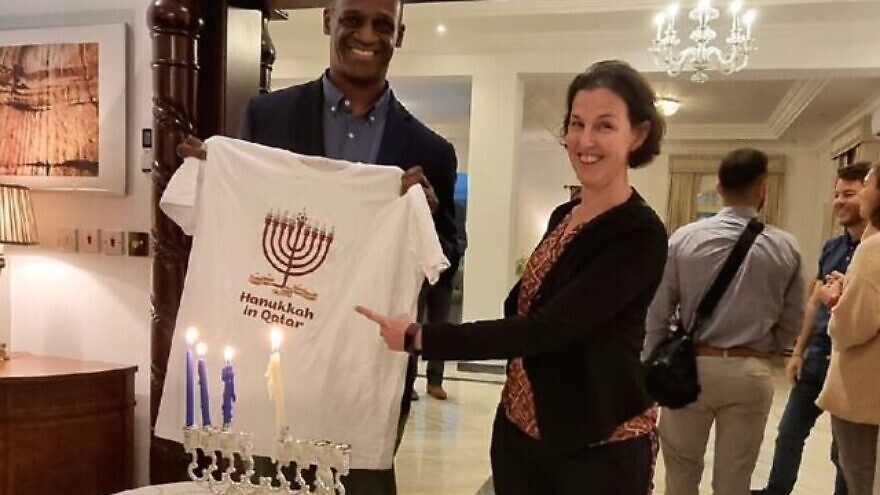 (December 22, 2022 / JNS) Israeli diplomats temporarily based in Qatar for the FIFA World Cup attended a Hanukkah reception held by the U.S. Embassy in Doha on Tuesday.

Chabad emissary Rabbi Eli Chitrik, a representative of the Alliance of Rabbis in Islamic States, told i24News that it was great that Jews openly celebrate Hannukah in Qatar.

He said the Jewish community there was growing and “slowly, slowly, it is going to become bigger and bigger. Not only [soccer] fans but also more people are living here.”

According to FIFA, 4,500 World Cup attendees listed their nationality as Israeli. However, according to the Foreign Ministry, around the same number of Israelis entered Qatar using non-Israeli passports, fearful of potential security dangers, raising the total number of Israeli supporters to as many as 10,000.