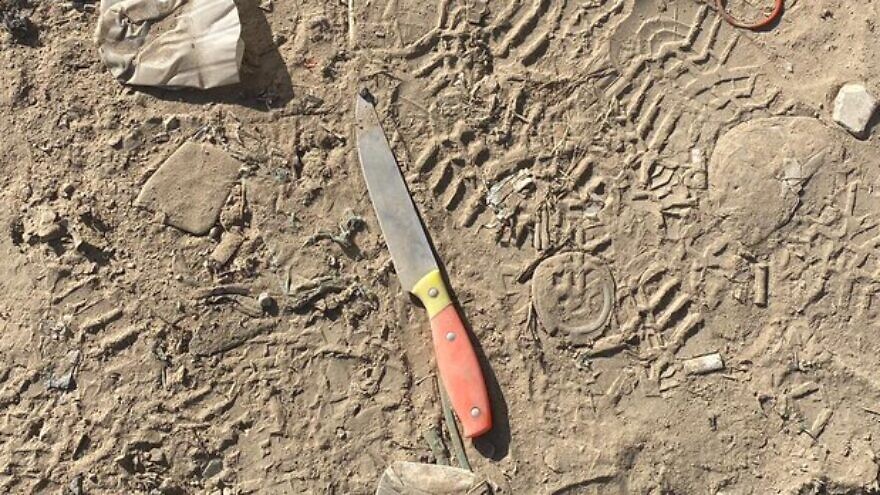 A knife used by a Palestinian woman in an attempted stabbing of an Israeli soldier in Gush Etzion on June 1, 2022. Credit: Israel Defense Forces.
Spread the word.
Help JNS grow!
Share now:

(June 1, 2022 / JNS) Israeli forces fired on a Palestinian woman on Route 60 in the Gush Etzion area on Tuesday after she approached one of them with a knife, according to the Israel Defense Forces.

The woman, identified as Ghofran Warasnah, 31, was evacuated to the hospital with a gunshot wound to the chest, where she later died, the Palestinian Authority’s official WAFA news agency reported, citing the P.A. Health Ministry.

Separately, the IDF conducted multiple counter-terror raids throughout Judea and Samaria on Wednesday morning, according to the military.

On Monday night, the IDF arrested two suspects in Samaria after finding an improvised explosive device (IED) in their vehicle.

Soldiers pulled over a suspicious vehicle at Jit junction and discovered the device during a search. Ordnance disposal specialists dispatched to the scene confirmed the device was a bomb and neutralized it, according to the military.