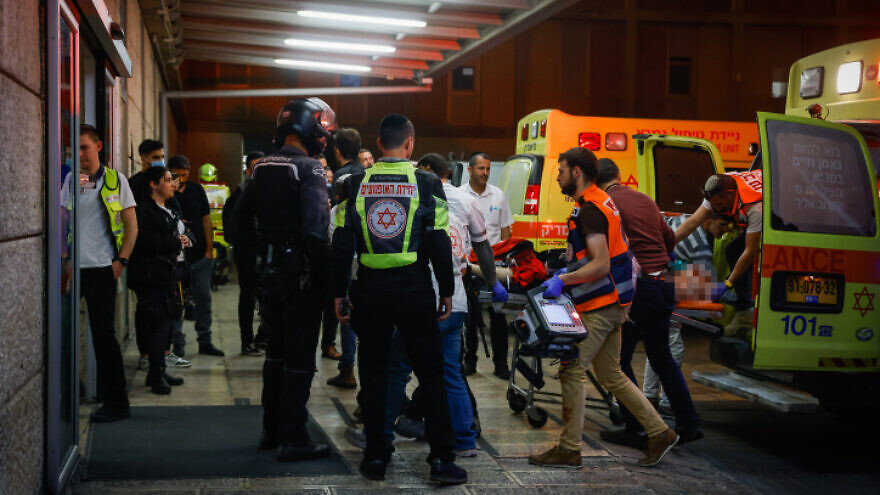 (October 29, 2022 / JNS) One Israeli was killed and several others were injured on Saturday night when at least one terrorist opened fire at the entrance of the Jewish community of Kiryat Arba in Judea and Samaria, according to police and medics.

A man in his 50s was shot and brought to the Hadassah Ein Kerem Hospital in Jerusalem, where he succumbed to his wounds shortly thereafter. Another man in his 50s—idenitified as a Magen David Adom paramedic—was taken to the Shaare Zedek Medical Center in the capital in serious condition.

Two other Israelis were lightly to moderately wounded and were reportedly in stable condition.

A Palestinian was also wounded in the attack and was evacuated to a Palestinian Authority-run hospital, according to Israeli media reports.

One attacker was shot dead by security forces, who were searching the area for possible additional perpetrators.

“I am praying with all the citizens of Israel for the well-being of those injured in the attack in Kiryat Arba,” Israeli Prime Minister Yair Lapid wrote on Twitter in the aftermath of the incident.

“Terrorism will not defeat us, we will act with a strong hand against the assailants and their senders,” he added.

The Israeli prime minister ordered the reinforcement of security forces around the Kiryat Arba area, according to a statement from his office.