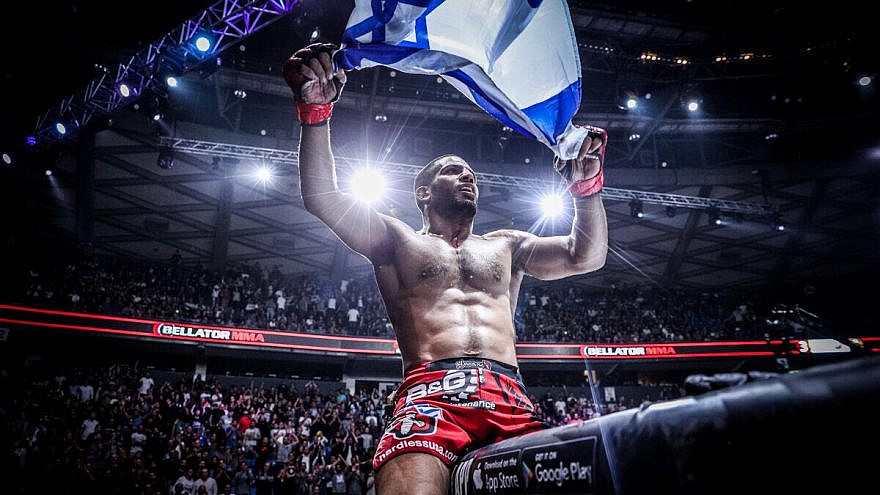 (March 16, 2021 / JNS) Noad Lahat will become the first Israeli mixed martial arts (MMA) fighter to represent Israel in an Arab country when he competes in the UAE Warriors 18 event in Abu Dhabi on March 20.

Lahat, 36, will take on Sean Soriano of America. The Israeli athlete has an overall 14-4 record in MMA and has competed in both the Ultimate Fighting Championship (UFC) and Bellator.

He said he is proud to represent his country and is not concerned if fans don’t cheer for him.

“I got booed in Berlin and in other places, so I don’t care,” he told The Jerusalem Post. “For this fight, I’m proud to make history and I’m gonna win for sure. To have my Israeli flag in a place in the world and fight in a place I never even thought I could even visit is cool.”

Lahat, who grew up in the Shomron, was a paratrooper in the Israel Defense Forces. He fought in the Gaza Strip and the Second Lebanon War. He has been training in MMA since he was 4 years old and said his best move is the rear naked choke.

He told The Jerusalem Post that at a previous fight people threw things at him and called him a Nazi. He also shared on Instagram that haters have called him a “Zionist dog” or “child-killer.”

When in the ring, he said he stays focused by clearing his mind.

“As far as emotions, I come to kill the opponent, not literally, but to win,” he said. “But you have to keep your focus, dismantle the guy and get out. I prefer fights that I can win as soon as possible, but my best fights have been the longest and the bloodiest.”