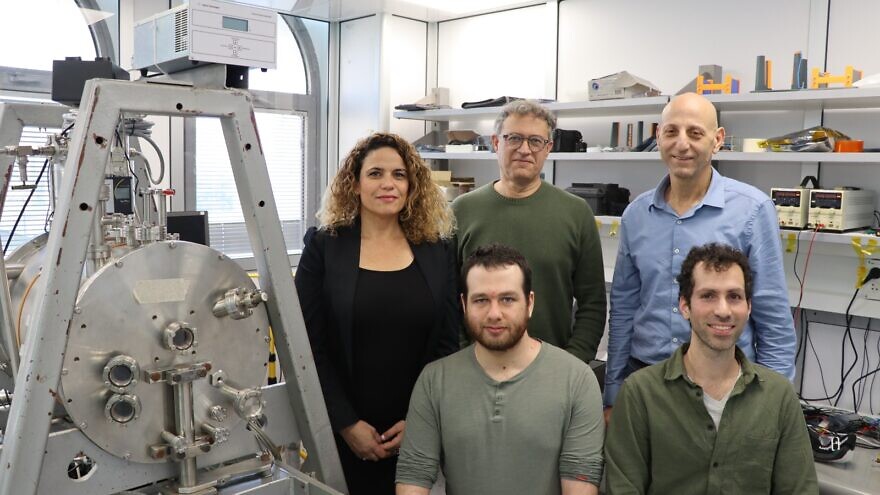 (January 4, 2023 / JNS) TAU-SAT3, launched Tuesday on a SpaceX rocket from Cape Canaveral in Florida, will pave the way towards quantum communication via a nanosatellite, Tel Aviv University reported on Wednesday.

TAU- SAT3 was launched to an altitude of 550 kilometers (340 miles) and will orbit the earth for five years carrying out several scientific tasks.

“Its main mission will be to communicate with the new optical ground station set up on the roof of the Shenkar Physics Building on the TAU campus,” said Noam Eliaz, dean of the Iby and Aladar Fleischman Faculty of Engineering.

“This is the first optical ground station in Israel, and one of very few worldwide, that can lock onto, track and collect data from a nanosatellite which, viewed from earth, is smaller than a single pixel,” Eliaz added.

Meir Ariel, head of TAU’s Center for Nanosatellites, said, “TAU-SAT3 is a 20-centimeter [7.874-inch] nanosatellite carrying an optical device that is only a few centimeters long. When the satellite passes over Israel, the device will emit light at various wavelengths, and the telescope of the optical ground station will identify the tiny flash, lock onto it, and track it. The nanosatellite will simultaneously send both optical and radio signals back to earth.

“However, when the optical device turns towards the optical ground station, the antenna will face in a different direction. As a result, a significant portion of the data might be lost. The novelty in this project is the ability of the communication systems installed in both the nanosatellite and the ground station to reconstruct the lost data in real-time using smart signal processing algorithms developed at TAU,” Ariel said.

According to researchers, this means that it will one day be possible to build and launch nanosatellites for optical communication at a much lower cost than with large satellites.

TAU-SAT3 is the third nanosatellite launched by the university in less than two years. The first two measured cosmic radiation and tested methods to protect electronic systems on satellites from that radiation.