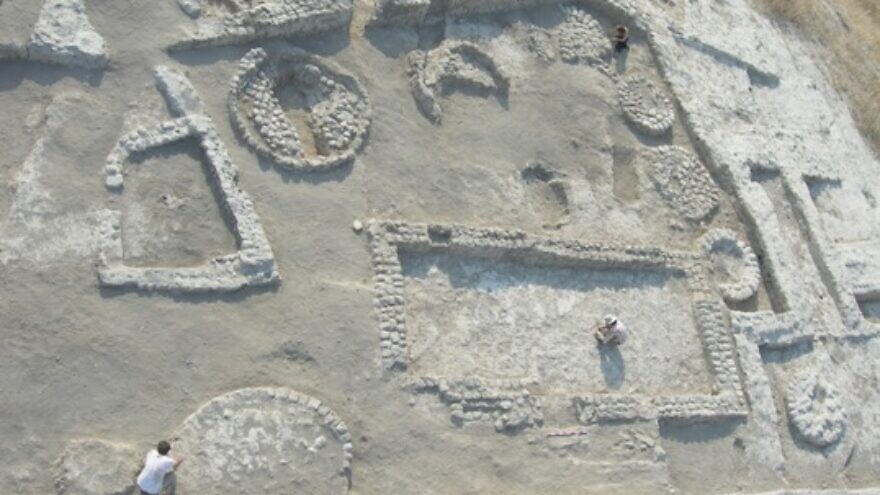 (December 30, 2021 / JNS) A team of researchers from Israel, the United States and Germany have discovered the first evidence of beer consumption within a residential community.

The researchers representing the University of Haifa, Stanford University and the German Institute of Berlin, undertook microscopic examinations of starch grains from wheat and barley found in various clay vessels in the settlement of Tel Tsaf in the Jordan Valley, which was inhabited by hundreds of people during its flourishing in the Middle Chalcolithic period around 7,200 years ago.

According to a news release from the University of Haifa, the researchers found that the grains that were examined had “undergone internal morphological changes during the fermentation process,” indicating that they were used in the production of alcohol.

“The existence of this kind of system often required ‘ongoing maintenance,’ including the elevated consumption of alcohol,” the researchers said in the news release.

“We have already uncovered evidence highlighting the relative wealth of the residents of Tel Tsaf, including the storage of agricultural produce, and particularly grain, on a large scale. Now we have found evidence of the production and consumption of alcohol, in the form of a beer made from grain,” Prof. Danny Rosenberg, the head of the laboratory for ground stone tools research and ancient food-related technologies at the Zinman Institute of Archeology at the University of Haifa, said in the release. “We can imagine that the emerging society in Tsaf about 7,200 years ago, held grand events at which large quantities of food was consumed and beer was drunk in a social setting, and not only for ceremonial purposes.”

Rosenberg, who led the study, said that the next step is to find out whether the beer that was produced was consumed daily or only at large social events.

The goal is to discover the role alcohol played in ancient societies like Tel Tsaf which were beginning to develop more complex structures of social organization.

Researchers have known that the Tel Tsaf community was particularly prosperous over several centuries during the period, accumulating agricultural produce on a very large scale and developing extensive trade ties with distant locations such as Egypt, Jordan, Syria, Iraq and Anatolia—modern-day Turkey.