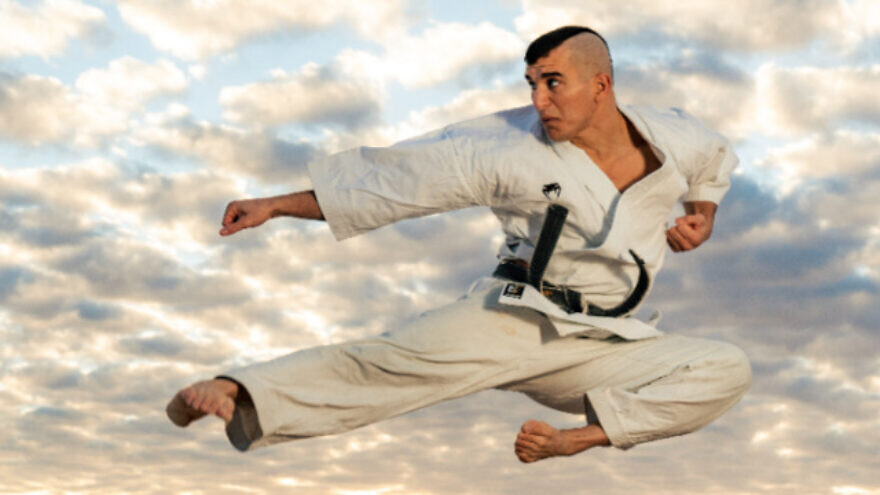 (December 6, 2022 / JNS) Natan Levy scored an impressive win in a unanimous decision in a UFC lightweight bout as he had his hands all over Genaro Valdez in their Florida fight.

But Levy also made noise with post-fight comments Saturday night regarding Ye (formerly Kanye West) and then spoke to JNS on Sunday.

“I would love to get my hands on him [Ye], but really, I kind of pity him, he’s a mentally ill person,” Levy told JNS. “The real issue is his hate speech creates openings for other people to say those things and feel comfortable saying those things, and that’s what I really have a problem with.”

Levy said it makes no sense for journalists and podcasters to keep speaking with West.

“It’s pointless to interview him because it’s hate speech and he is mentally ill,” he said. “I do believe in free speech, but those words will turn into physical violence.”

Asked by JNS whether the online messages he received, including that “Kanye is right” and “it can’t be antisemitism if it’s the truth,” Levy said he is concerned about the big picture.

“I don’t care about feelings,” he said. “I care about the well-being and safety of my fellow Jews.”

On Saturday night, in a post-fight interview, Levy told a mixed martial arts reporter his thoughts when asked about the rapper/fashion designer.

“I think life is too short to hate so to all these hateful people, you know it sucks for you, I pity you, and other than that, you know, Kanye West, if you got a problem with me or my people, come see me, bro,” Levy said.

When the reporter asked whether he’s noticed an impact from West’s speeches, Levy said he had.

“Trust me, I’ve noticed it, I get a lot of ‘lovely’ DM’s [direct messages on social media] all the time,” he said. “I am Jewish. It’s what I am…I’m very proud of it and I will fight for it. I will fight for my people in the Octagon [the caged enclosure used for mixed martial arts bouts] or wherever need be. And I will not stand for antisemitism. I won’t stand for any racism, not around me. Don’t bully anyone around me or I’m gonna find you.”

Levy dominated the fight against Valdez, which was shown on ESPN. Levy knocked down Valdez, who came in with a 10-1 record, with a number of kicks to the face and used grappling to take his opponent to the ground four times in the three five-minute rounds. Valdez was able to take punishing shots. Levy threw him to the ground with a suplex—a throw that involves lifting the opponent and slamming him on his back—in the final seconds.

Levy, 31, who fought at 156 pounds, is from Herzliya and fights out of Las Vegas, Nevada. Levy said he was pleased with the result as the three judges scored the fight at 29-28, 29-28 and 30-27 in his favor, even though he would have preferred to win by submission or knockout. Levy has won his last two UFC fights.

“I was happy with the win,” Levy told JNS. “I wished I could have finished it but I fought a tough, high-level opponent, so to win by dominating him is a huge feat.”