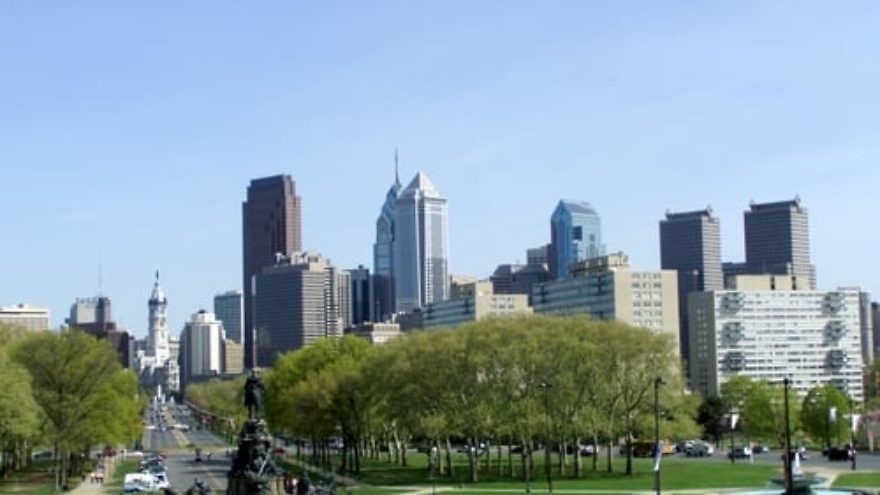 Last week, the media carried what on the surface appeared to be an insignificant story on the Israeli Foreign Ministry’s announcement of plans to shut down its Philadelphia consulate, along with four other closings involving embassy and consulate services in the Caribbean and Europe.

But upon a second reading of this news, it appears to be a much larger story! We are reminded that Philadelphia represents the sixth-largest Jewish community in the United States, with an estimated population of 214,000 (Berman Jewish DataBank). Beyond its historic importance to America and to the Jewish community, Philadelphia is the seventh-largest metropolitan area in the country, with more than 7.5 million people.

In the same announcement, the government of Israel indicated that it was opening a new consulate in Chengdu, China. One needs only to note a few key facts about this major metropolitan area, as it represents the fifth-largest city in China and has become the economic engine for Western China. Some 260 of the Fortune 500 list’s corporations have offices in that city. Beyond these core numbers, Chengdu is a major rail center and its airport ranks among the busiest in the world.

But this story has more significant implications. Israel, it would appear, is in the process of reshaping its political relationships, and in turn its economic focus. China is Israel’s third-largest trading partner (after the U.S. and Europe) and its largest business partner in Asia. Israeli-Chinese trade increased from $50 million in 1992 to more than $10 billion in 2013 (Jewish Virtual Library). Possibly more important than these numbers has been the rapid and continuous growth in Sino-Israeli relations that today involves a wide array of products in the agricultural, pharmaceutical, and technological areas.

America and its Jewish community were once seen as Israel’s political connection and economic access point. In today’s global economy, with its changing political equations involving Israel’s complex and shifting relationships both with Washington and other international partners, are we witnessing a reconfiguration of how the current government in Jerusalem perceives its long-term interests and economic connections?

The consulate closing in Philadelphia and opening in Chengdu might actually be understood as part of a transition involving a shift in geo-politics from West to East, with China—among other Asian states—assuming a higher profile in Israel’s agenda for this century. No doubt, Israel is preparing the way for growing its worldwide business and governmental relationships.

For some time, Diaspora Jewry has played a far less central role in managing Israel’s political and economic connections in the U.S. Where once American Jewish philanthropy was the centerpiece of Israel’s foreign income and investment, today a fundamentally different economic model is in place, and it is generating a broad spectrum of international trade and investment with the Jewish state. As American Jewish philanthropy becomes more internally focused, and where one finds significant changes in patterns and priorities of giving, the Israeli government may be merely responding to the economic and social realities that are playing out inside the Jewish community.

But does this decision to shift Foreign Ministry operations reflect something more? Has the Israel-Diaspora connection with American Jewry run its course? Israel’s political leadership may well have made a conscious decision that it must grow its political and economic relationships elsewhere. As American society itself undergoes significant demographic change, Israel’s focus will be increasingly responsive to these developments by building new partnerships and growing its base of connections with Hispanics, Asians, and others.

More directly, Jerusalem no longer anticipates that it can generate support from the American Jewish progressive community, realizing how that sector holds deep and significant differences over policy and practice with the present government. While Israelis maintain a solid base of support from American Jews from the center-right constituencies, the Israeli government is pursuing a new set of political relationships and financial connections within the U.S. and beyond. A new constellation of Israel allies and economic partners is being created in America.

At this moment in time, Israel appears to be in the process of realigning its long-term interests and priorities in preparing for a new American president, by acknowledging a changing and divided American Jewish community and by being an active global actor.

Dr. Steven Windmueller is the Rabbi Alfred Gottschalk Emeritus Professor of Jewish Communal Studies at the Jack H. Skirball Campus of the Hebrew Union College-Jewish Institute of Religion, Los Angeles. His collection of writings can be found on his website, www.thewindreport.