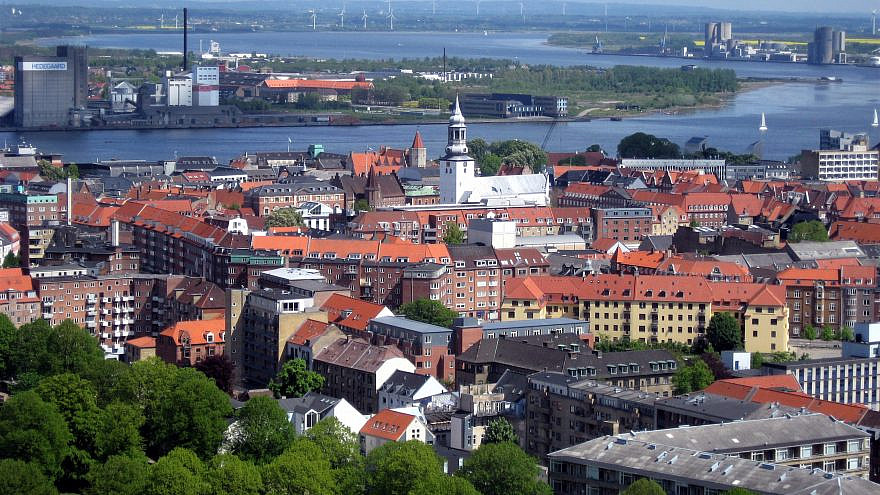 (April 5, 2021 / JNS) A Jewish cemetery in the northern Denmark town of Aalborg was vandalized over the Passover holiday. Red paint was thrown on a wall and dolls with red paint on them, along with leaflets calling it a holiday of carnage, were found on the grounds.

The leaflets included a link to a website for Nordfront, which, according to the Combat Anti-Semitism Movement, “promotes the Nordic Resistance Movement.”

“What has happened, vandalism in the cemetery around Easter, is simply so classic anti-Semitism as it may be. We have seen this for centuries in Europe,” Henri Goldstein, chairman of the Jewish Society in Denmark told a local news website, according to an English translation. “You can see that those in Aalborg write on their flyers that the Jewish Passover bread is mixed with blood from Christians. It’s completely insane, and a classic conspiracy theory.” 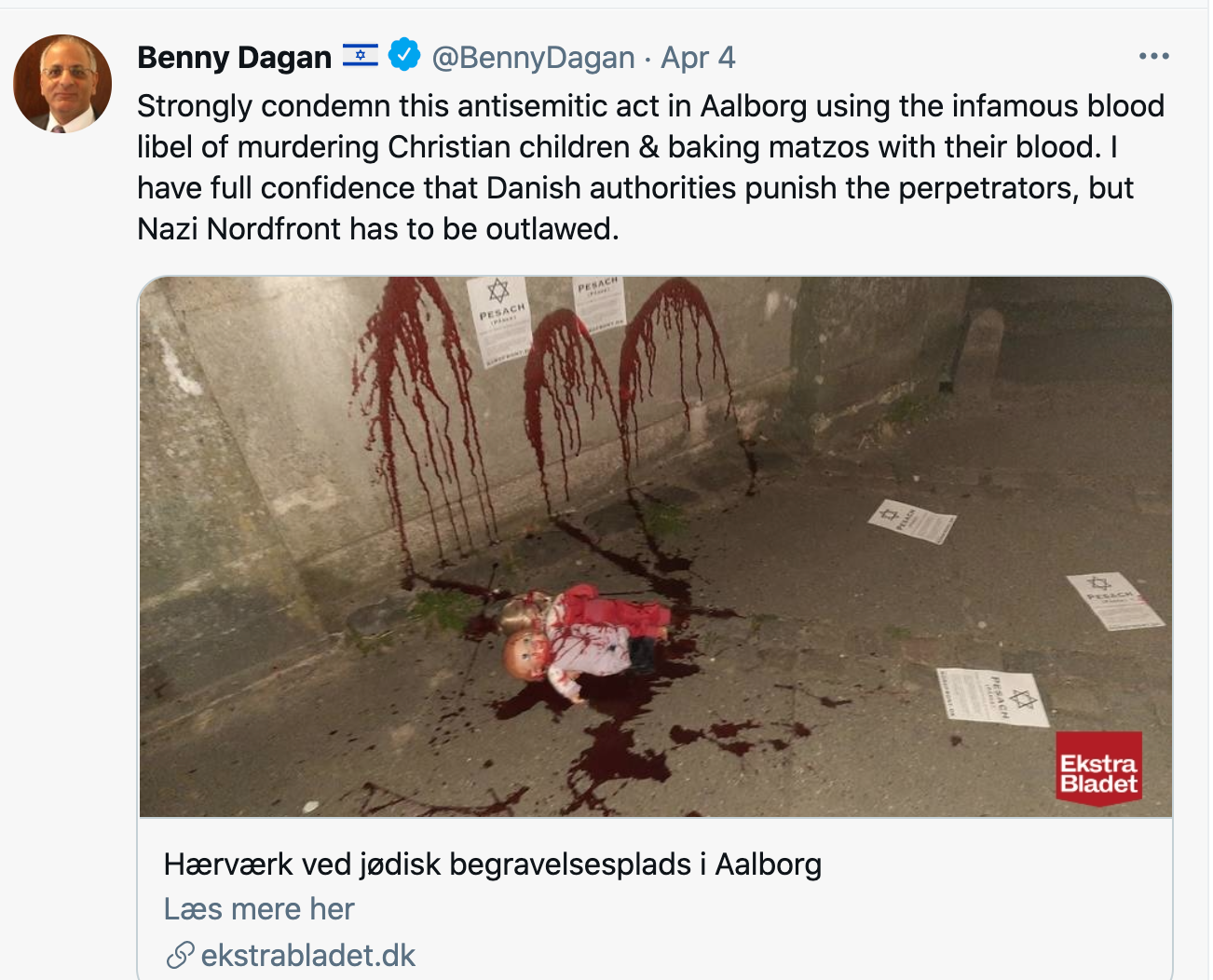 A screenshot of the anti-Semitic vandalism in Denmark. Source: Screenshot.

This was the second such incident in Europe over the Passover holiday.

During the first days of the Passover holiday, which commemorates the Jewish exodus from Egypt, dolls with red paint were found hanging outside a synagogue in Norrkoping, Sweden. Photos of that vandalism were posted on a website affiliated with the Nordic Resistance Movement.

In response to the latest incident, Benny Dagan, Israel’s ambassador to Denmark, said in a post on Twitter: “Strongly condemn this anti-Semitic act in Aalborg using the infamous blood libel of murdering Christian children and baking matzos with their blood. I have full confidence that Danish authorities [will] punish the perpetrators, but Nazi Nordfront has to be outlawed.”