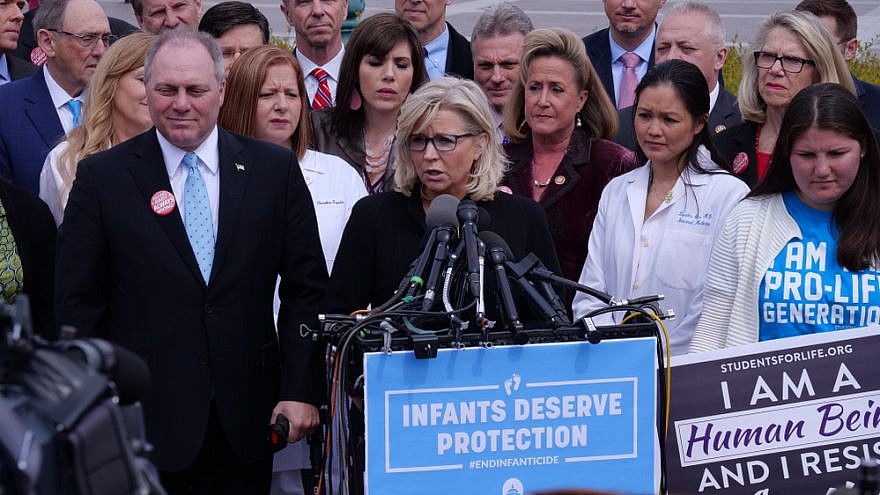 (May 7, 2021 / JNS) As Republicans in the U.S. House of Representatives prepare to decide whether or not to vote next week on removing Rep. Liz Cheney (R-Wyo.) from the House GOP conference chair position, support for the legislator among Jewish Republicans remains high from years of being a close ally on Jewish issues in Congress and during the Bush administration.

Matt Brooks, executive director of the Republican Jewish Coalition, said in a phone call with JNS on Thursday that RJC has supported Cheney and her father, former U.S. Vice President Dick Cheney, for decades, and that is unlikely to change despite the current infighting within the House Republican caucus.

Brooks said both Cheney and her father have been “stalwart friends” and very supportive of issues critical to the RJC, which includes fostering a strong U.S.-Israel relationship, a strong national defense and standing up to the threat of Iran developing a nuclear weapon.

He also noted that the organization is not going to interfere in leadership battles.

“The support for those who share our agenda and our values doesn’t waiver on external, intraparty debates or leadership battles,” said Brooks.

Cheney was viewed as a rising star in the GOP until she started dissenting with the majority of her party in the wake of the 2020 presidential election, openly disagreeing with former President Donald Trump’s narrative that the November election was stolen.

She further criticized the former president in the wake of the Jan. 6 riot at the U.S. Capitol in Washington, D.C., becoming one of 10 Republicans House members to vote to impeach Trump for a second time and subsequently calling for a 9/11 commission-style investigation into what happened that day.

Calls for her to be removed from the No. 3 leadership position began early this year, culminating in a failed attempt to remove her through a secret ballot vote in February. At the time, House Minority Leader Kevin McCarthy (R-Calif.) supported Cheney to keep her seat. 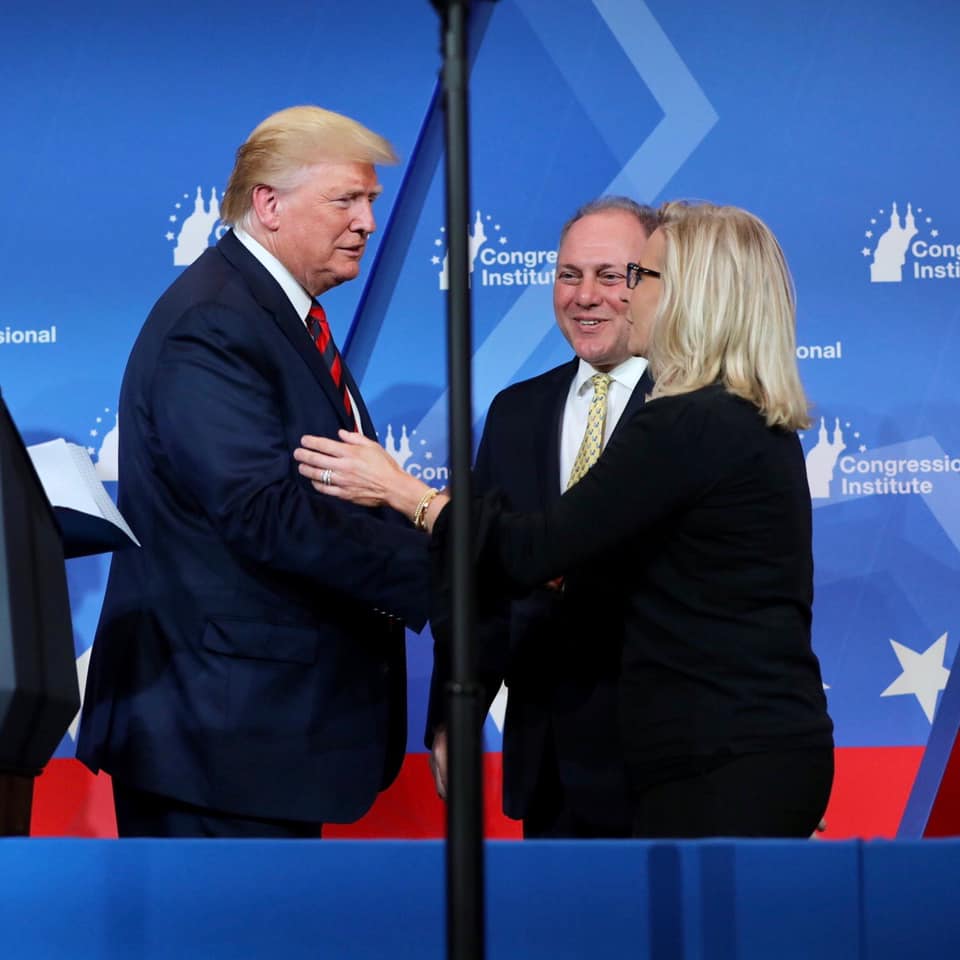 But her continued outspokenness against Trump has led to a greater number of House Republicans, including McCarthy, expressing frustration towards Cheney’s suitability in remaining in such a prominent position while expressing opinions that run counter to the party’s consensus. Axios reported on Tuesday that McCarthy was caught on a hot mic on the Fox News show “Fox and Friends” saying he has lost confidence in Cheney and “has had it with her.”

‘The Republican Party is at a turning point’

With a vote to remove Cheney from her leadership position looming, candidates to replace her have been coming forward, but none as prominent as 36-year-old Rep. Elise Stefanik (R-N.Y.), who has received support from Trump and House Minority Whip Steve Scalise (R-La.). Cheney has also been censured by the Wyoming Republican Party in February for her impeachment vote and is facing a growing number of primary challengers for her at-large congressional district seat.

Meanwhile, she published an op-ed in The Washington Post on Wednesday, characterizing the battle for her leadership position as a fight between the party sticking to its values or following Trump and his “stolen election” premise. Cheney wrote that Trump “is seeking to unravel critical elements of our constitutional structure that make democracy work—confidence in the result of elections and the rule of law.”

“The Republican Party is at a turning point,” she wrote, “and Republicans must decide whether we are going to choose truth and fidelity to the Constitution.”

Brooks believes the debate is more about the party’s vision going forward than creating a litmus test on devotion to Trump.

“The party and the leadership want to focus on issues that unite the party, how to put the emergency brakes on a runaway [U.S. President Joe] Biden radical agenda, and how do we win back the House and the Senate,” he explained.

He said that whatever happens in the leadership battle, it would not make a difference for the RJC or its donors, as the organization is focused on policy and issues.

He also sees no change in the party’s direction on key RJC issues, whether it chooses to stay with Cheney or Stefanik, whose past campaigns the RJC also supported.

“There will be no change whatsoever regardless of who’s in that position in terms of the unwavering support that the Republicans have for a strong U.S.-Israel relationship, and combating Iranian aggression and Iranian efforts to get a nuclear weapon.”

‘We have to stabilize the situation’

Eytan Laor, a Republican bundler and Trump supporter who manages several political action committees, including American Principles PAC, said that he believes that Cheney should be removed from her leadership role for sowing disunity within the party at a time when it should be focused on a unified message to win back control of Congress in the 2022 midterm elections.

“We have to stabilize the situation, we need to get past—to whatever extent we can—the discord and the various … objections that have occurred, whether we believe the election was stolen or fraudulent or not, we just need to move forward,” he said. “And [get past the] ongoing discussion and criticism of President Trump, who [in] my circles pretty much believe accomplished great things in spite of some of the controversial comments he’s made along the way. He did accomplish a lot, and obviously, especially for the Jewish community, for Israel.” 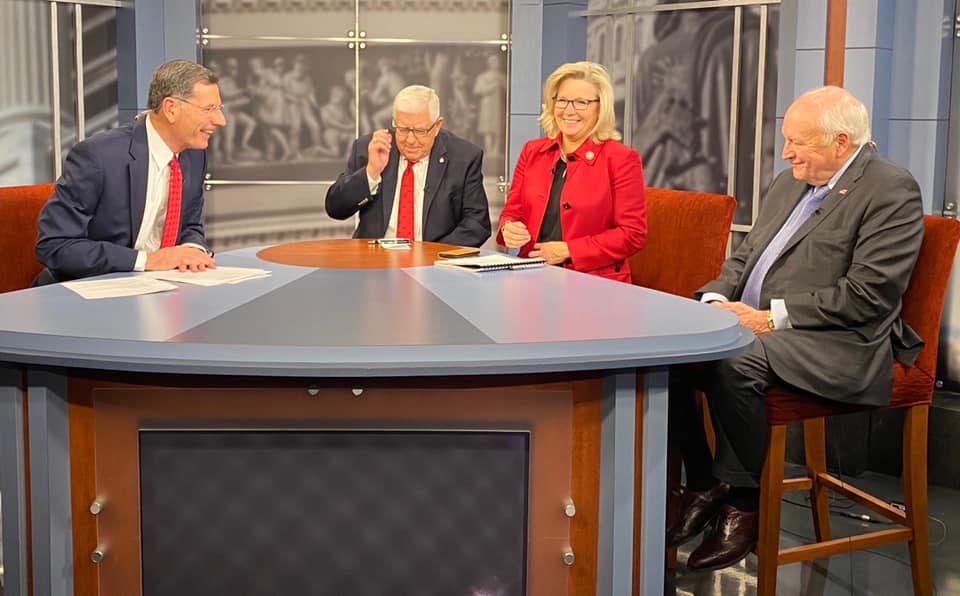 Laor said he sees plenty of evidence to suggest major election irregularities, but that voters are divided about whether to move on or continue challenging the election results.

“I personally think that the investigations into whether it was or not should continue, but I’m also for moving forward,” he said. “Whatever we find here, I don’t think we’re going back and changing the results of the election, but we have to know what happened.”

But to continue, Laor believes that Trump must remain a factor in the party—whether as a candidate or power broker—because he outperformed traditional Republicans in demographics, especially drawing more votes from the black and Hispanic communities.

This electoral advantage, as opposed to Cheney’s relatively small impact, makes her expendable from Laor’s perspective in favor of party unity.

Douglas J. Feith, senior fellow at the Hudson Institute and former U.S. Under Secretary of Defense for policy in the George W. Bush administration, said it would be a mistake for the party to remove Cheney from the position and praised her for her policy knowledge, particularly as it relates to Israel and the Middle East.

“… Liz Cheney herself is not only a strong supporter of the U.S.-Israeli relationship, but because of her experience and knowledge and intelligence, she is an authoritative voice on the subject,” said Feith. “So she’s not just one vote out of 435 members of Congress. She’s got real insight and knowledge to bring to the subject; I think she’s got influence. And so her loss from the leadership would be the loss of a particularly highly experienced and influential supporter of Israel, and that’s an important thing, completely without regard of who might replace her if she would be replaced.”

While Feith said he’s not a supporter of Trump, he noted that he and others who support the Jewish state can appreciate that Trump was unequivocally pro-Israel.

“I don’t think any president of the United States since Israel’s birth has supported Israel unequivocally and thought of creative ways of strengthening Israel and the U.S.-Israel relationship as Trump did,” said Feith. “He was an extremely good friend of Israel, though I think he did unforgivable things in the United States.”

Feith attributes responsibility for the Jan. 6 Capitol riots to Trump, saying that it was a big blot on his presidency, and he also has not seen any evidence that supports the election was stolen.

More than that, he said he has always considered a commitment to conservative philosophy more important than party loyalty.

Joel Hoppenstein, a Republican donor, has in recent years held back his contributions, saying that he wants to see candidates who are strong fiscal conservatives but also able to reach outside of the Republican base. He said it would be wrong for the GOP to abandon Cheney and continue growing closer to Trump.

While he believes that Trump built an excellent record of accomplishments as president, his lack of discipline, inability to stick to a campaign message and take advice from experts overshadowed his accomplishments during the election, which Hoppenstein said, was not “stolen.”

He views the battle over Cheney as an internal refighting of the 2020 election, and that based on the result of the House races in 2020, said it’s clear that the party does not need Trump to move forward successfully.

“It’ll become quite clear when you look at how he did versus how the Republican Party did in the House and the Senate,” said Hoppenstein. “I think the message that I would take away from it is that people like what he did, and they supported what he did. But they didn’t like him.”