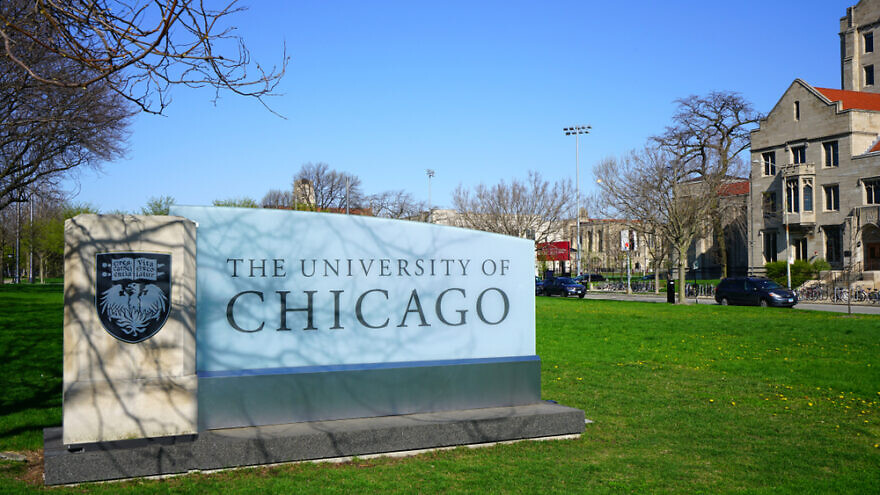 (February 9, 2022 / JNS) StandWithUs has called on the University of Chicago to condemn Students for Justice in Palestine (SJP) for telling its supporters to boycott “sh**ty Zionist classes.”

SJP also listed three classes, along with their professors and course descriptions, that were on the chopping block: “Multiculturalism in Israel,” “Narrating Israel and Palestine Through Literature and Film” and “Gender Relations in Israel.” SJP flyers promoting the boycott of these classes were plastered around at least one University of Chicago building, and one classroom had a flyer on every chair, reported StandWithUs.

The pro-Israel group further said SJP is encouraging students to boycott University of Chicago faculty members “because of their Jewish or Israeli identities.”

It went on to explain that “if they meant a boycott of classes which promote Israeli government policies, they would say so. Instead, they cite ‘Zionist propaganda’ and the conspiratorial ‘Zionist agenda,’ both dripping with anti-Semitic undertones.”

“A boycott of ‘Zionist’ classes and the professors who teach them can amount to discrimination based on religion, ethnicity and/or national origin,” StandWithUs wrote before saying the boycott campaign is “a blatant attempt to normalize anti-Semitic discrimination and targets your own faculty and course offerings.”

“As such, it deserves, and in fact, necessitates, your immediate public condemnation of SJP’s actions specifically—not blanket and vague statements. You have an opportunity here to show moral leadership and set an example to the greater community that SJP does not reflect the values of your campus.”