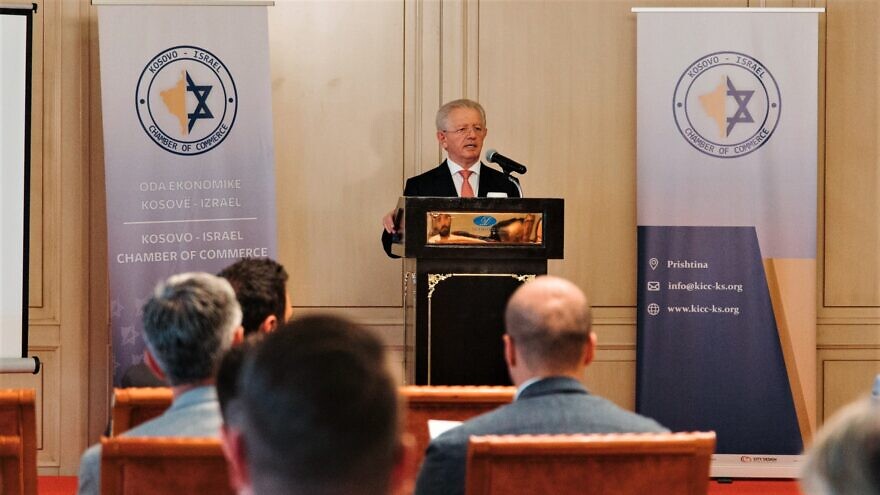 (July 11, 2022 / JNS) Seemingly every month, new, eye-popping figures are released as trade and investment between Israel and its new Gulf State partners skyrockets. The normalization associated with the Abraham Accords has provided an economic boon for Israel and its partners, the political turmoil in Sudan notwithstanding.

But there has been a somewhat forgotten player that has yet to reap the rewards of its new relationship: Kosovo. While it isn’t recognized among the Abraham Accords series, the Trump administration served as agent for the Washington Agreement between bitter foes Kosovo (officially the Republic of Kosovo) and Serbia. On Sept. 4, 2020, Kosovo’s then-Prime Minister Avdullah Hoti and Serbia’s President Aleksandar Vučić signed and separately submitted to Trump declarations identical in wording and content, apart from their respective commitments regarding relations with Israel.

In the end, the United States negotiated for itself a grab bag of its own priorities: Both Serbia and Kosovo agreed to exclude China from their 5G infrastructure and to designate Hezbollah as a terrorist organization. And the U.S. envoy for Serbia/Kosovo negotiations, former U.S. Ambassador to Germany Richard Grenell, said that perhaps the most important provision of all in the deal was that Serbia agreed to move its embassy in Israel from Tel Aviv to Jerusalem by July 1, 2021, and that Kosovo and Israel would establish relations, with a Kosovan embassy to be planted in the Israeli capital as well.

Only Kosovo has held up its end of the bargain thus far. And it is looking for a piece of the pie that Dubai and Manama have enjoyed.

“I happen to have many friends in the U.S. who just happen to be of a Jewish background and was talking to them after our normalization with Israel,” Hyseni told JNS. “The idea came first and foremost from former Congressman Eliot Engel and his adviser, Jason Steinbaum, on the establishment of some sort of economic office that would help build business communities in both countries and interconnect them.”

Hyseni was the lead Kosovar negotiator of the Washington Agreement and at the White House when it was signed. He now serves as chairman of the assembly of the newly launched chamber of commerce.

Earlier this year, Hyseni traveled to Jerusalem for a week, meeting with officials and business entities, and eventually completed all the paperwork and registration of the chamber with the respective authorities in Kosovo.

“The real work starts now,” he said. “We need to move to the next stage, which is to establish direct contact with various government and non-government entities in Israel, but also, in the United States, to connect, share ideas, establish partnerships and investigate possible areas of cooperation. We already have seven prominent companies of Kosovo that have registered as full members of the chamber.” 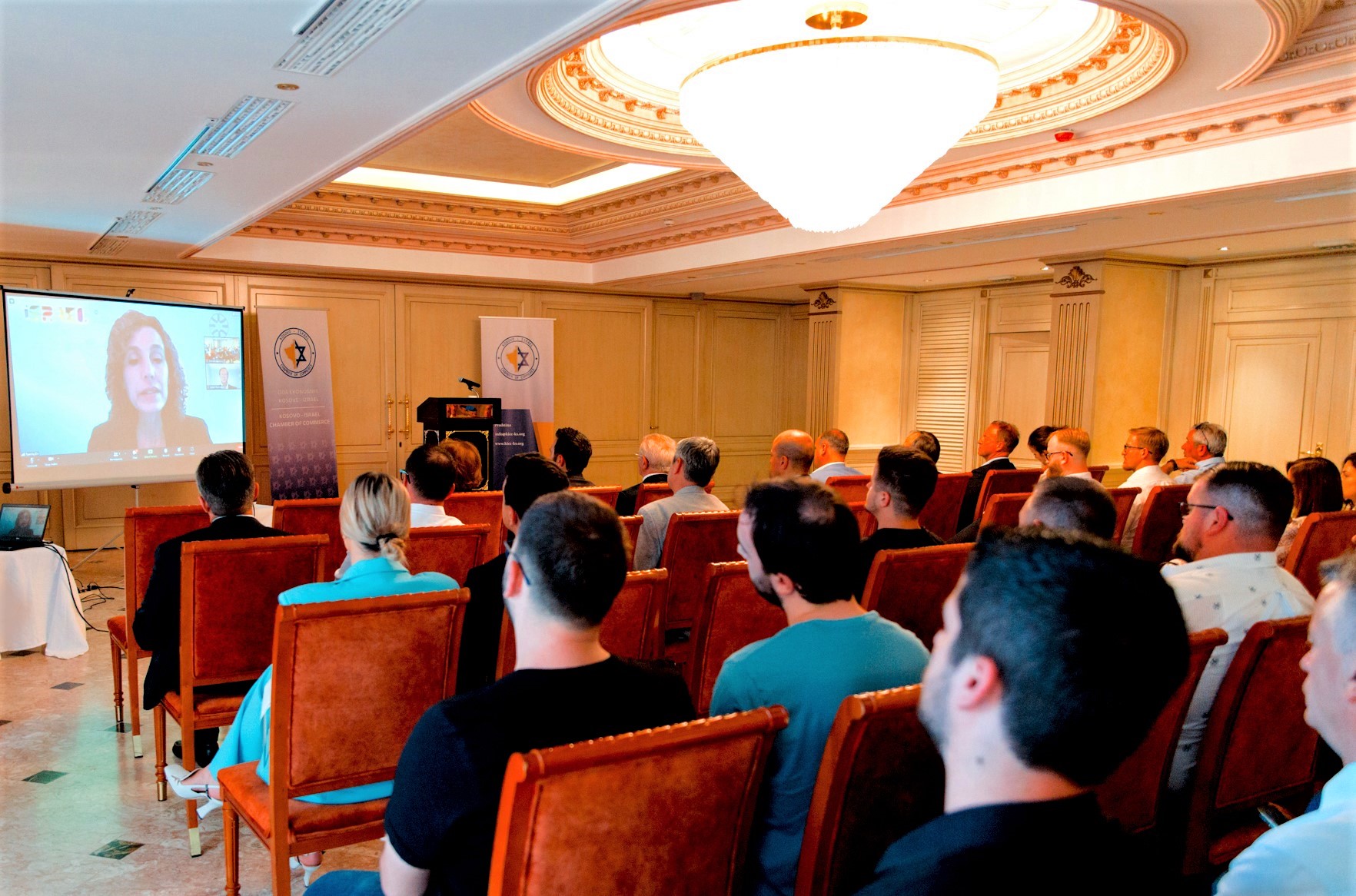 Israeli Ambassador Tammy Ziv speaks via Zoom at the inaugural event of the Kosovo-Israel Chamber of Commerce in the capital of Pristina on June 29, 2022. Credit: Courtesy.

‘There’s room for everybody’

The U.S. angle is one that the chamber wants to push. America has been the biggest global backer of Kosovar independence and integration into the global community.

Shai Franklin, a partner with New York-based Gotham Government Relations and Communications who serves as chairman of the new chamber’s executive board, said American business and political relationships with Israel can be leveraged to improve relations between Israel and Kosovo, which have been somewhat held back as Israel navigates its ties with Serbia and Russia.

“Some of us realized that the way to infuse this recognition with real opportunities is for people from the United States to be involved as well. Now the trick is to show Israelis who may have had that geopolitical consideration,” Franklin told JNS. “But Israel is a huge economy. So, we don’t need to compete with Dubai. There’s room for everybody. And so now we’re figuring out which of those relationships could help get this started, which are those particular niches on the Israeli side that Kosovo can fit into.”

Hyseni said that sectors like agriculture, renewable energy, tourism, construction and technology are all ripe for business partnerships with Israeli companies. 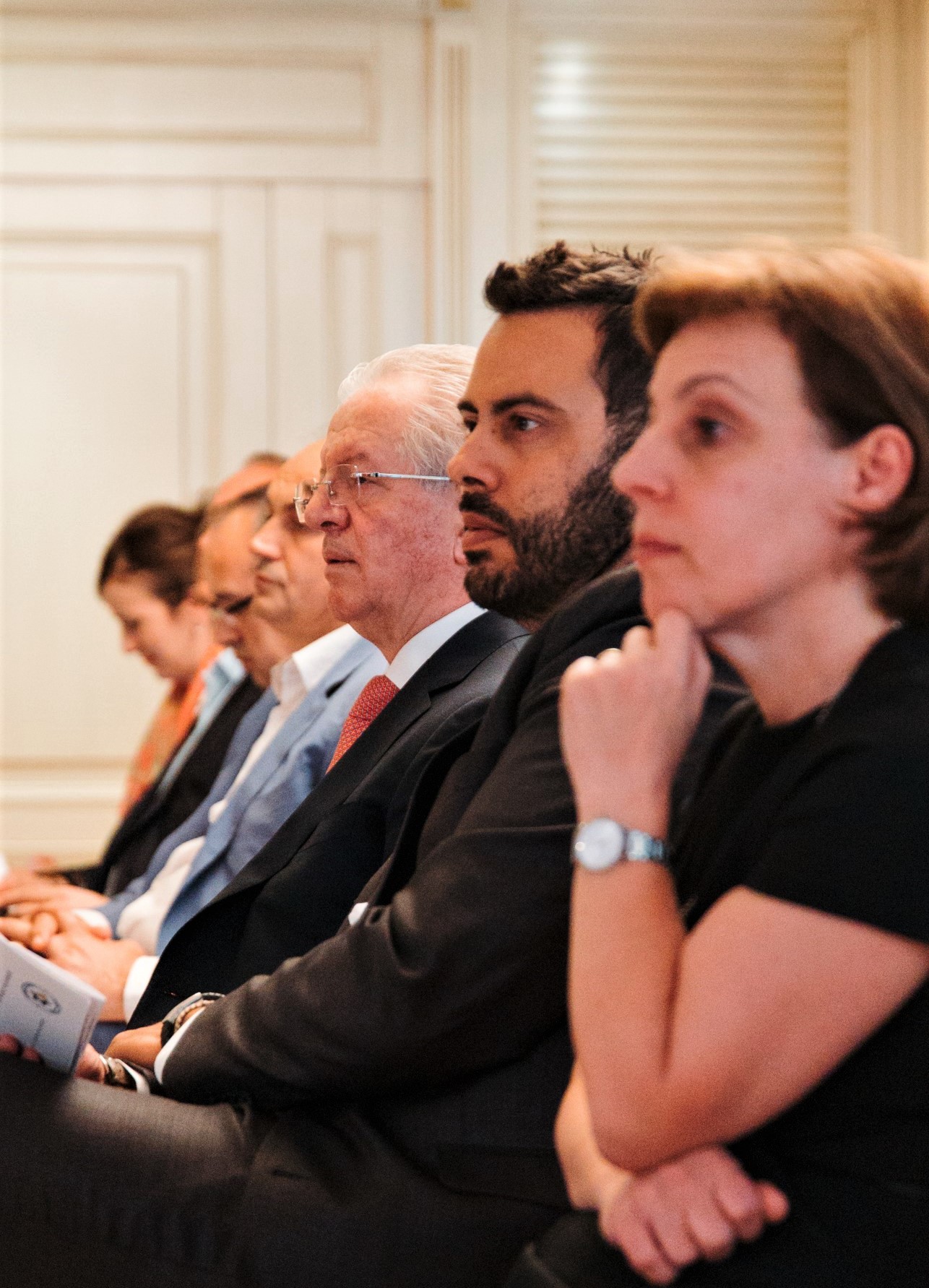 “Kosovo has a large, young population, very skilled in IT [information technology] and other modern technologies. And most of them are seeking an opportunity. We are not ruling out any field of cooperation or investment,” said Hyseni.

The chamber had a planned visit to Jerusalem scheduled for later this month, which was to include former Hoti, who chairs the Kosovar parliamentary friendship group with Israel. But, the recent collapse of the Israeli government has pushed the mission back to September. Hyseni said the goal then will be to introduce seven or eight Kosovar companies to Israelis.

Shorter-term, he is looking to sign an agreement with the Federation of Israeli Chambers of Commerce to establish business-to-business communication and to invite Kosovar, Israeli and American companies to join the chamber. Regular events will connect certain groups of companies virtually with counterparts on the Israeli side with visits by Israelis also a possibility.

Franklin noted that due to the inequity of the sizes of the Kosovar and Israeli economies that a mere five to 10 economic and investment deals a year could have a substantial impact.

“That’s a big deal, and every deal that is done in a particular sector sends a message to other Israeli companies,” he said. “The connections we have—as evidenced by [Hyseni] being so instrumental in the chamber—mean that we can basically open all the doors. And even though we haven’t gotten as many Israeli companies or personalities to join the chamber as yet, I think we can really help Kosovar companies on the Israeli side.”