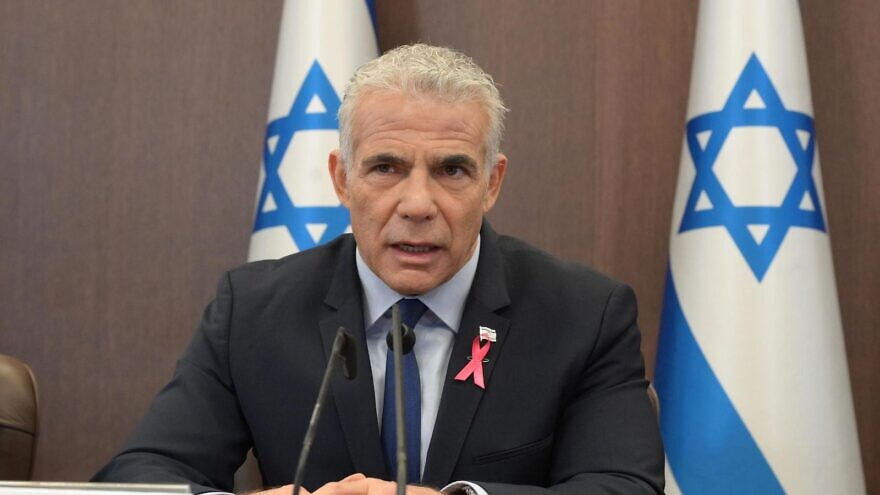 (November 14, 2022 / JNS) Israeli Prime Minister Yair Lapid on Sunday sent his condolences to the Turkish people following the terrorist bombing in Istanbul earlier in the day that killed six people and wounded 81.

“On behalf of the government of Israel, I send my condolences to the people of Turkey following today’s heinous terrorist attack in Istanbul. I also send strength to President Recep Tayyip Erdogan and the Turkish government. Together, we will forcefully fight terror everywhere it rears its head,” Lapid said in a statement.

Turkish police have arrested 22 people in connection with the bombing, and the country’s interior minister, Suleyman Soylu, stated that suspects include a “person who left the bomb that caused the explosion.”

Two Israelis from Ashdod, a woman and her sister-in-law, were captured on CCTV walking right beside the suspected bomber, also a woman, soon before the blast, according to Channel 12.

The report quoted an additional Israeli woman, who was an eyewitness to the blast, as stating that an explosion occurred near a restaurant. “It was a terrible explosion. It is not possible to describe what happened there,” she said, according to the report.

United States Secretary of State Antony Blinken tweeted on Sunday, “We are deeply saddened by the loss of life caused by the explosion in Istanbul today. We extend our sincerest condolences to the families of the victims and the Turkish people. The United States stands united with our Turkish Allies.”

Meanwhile, Israel’s National Security Council reiterated on Monday that the Level 3 travel warning (an intermediate threat) issued prior to the attack remains in effect for Turkey, and that accordingly, Israelis should avoid non-essential travel to the country.