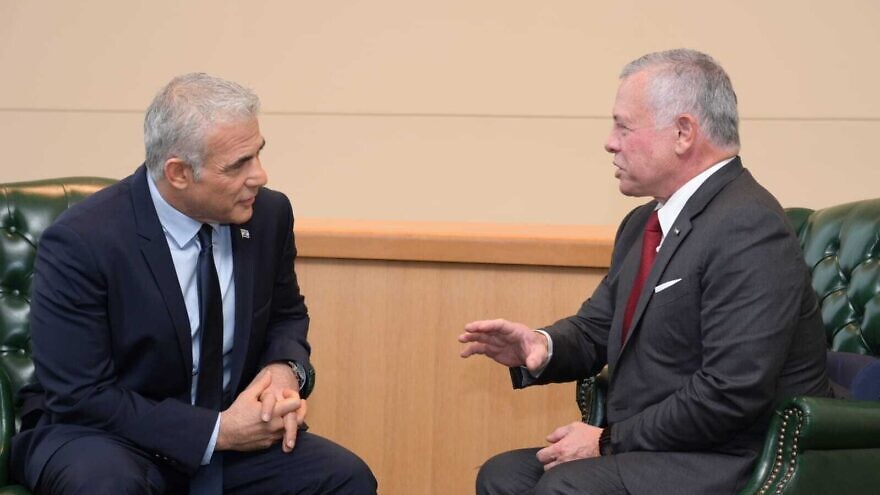 Lapid expressed the need for “calming the situation on the ground and halting terrorism” ahead of the upcoming Jewish High Holidays, according to a statement from the Prime Minister’s office.

“Prime Minister Lapid emphasized that Israel will not stand idly by and will fight terrorism directed against it in all its forms, and will not allow harm to the security of its citizens,” said the statement.

The statement called the meeting an “expression of the tightening of Israel-Jordan relations,” and “the continued strengthening of the personal connection” between the two leaders.

This is the second meeting of the heads of state, following a trip by Lapid to Abdullah’s palace in Amman back in July.