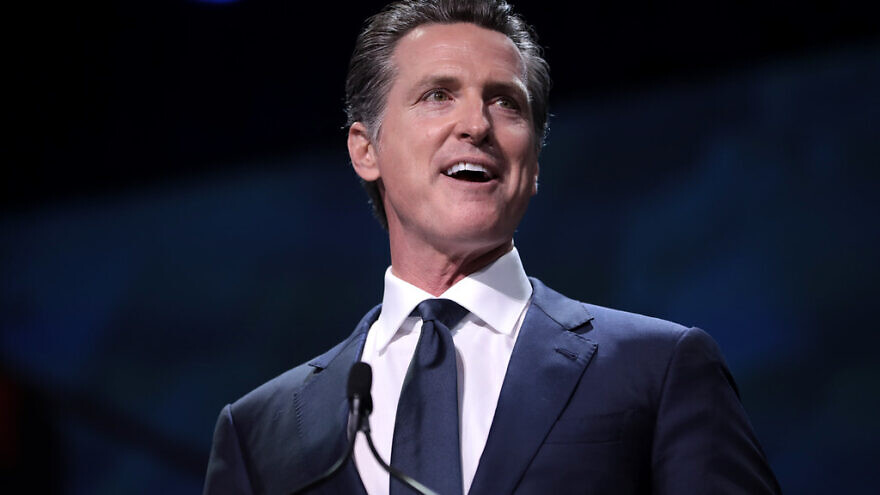 (March 23, 2021 / JNS) The Lawfare Project is urging California Gov. Gavin Newsom to prevent the implementation of its recently approved Ethnic Studies Model Curriculum over concerns that it could violate federal and state civil rights laws.

In a letter, it said that the current version of the curriculum “remains highly problematic with respect to education about the Jewish people, an ethnoreligious minority.”

Specifically, the letter notes that the curriculum “repeated emphasis on supposed Jewish experiences of ‘conditional whiteness’ and ‘racial privilege’ enables—and may encourage—school districts throughout California to implement the ESMC in a manner that violates state and federal civil rights law,” in particular, Title VI of the Civil Rights Act of 1964.

The Lawfare Project is urging Newsom to direct the state board of education to refrain from implementing the curriculum until the problematic portions are removed.

“The California State Board of Education and Governor Newsom received the Lawfare Project’s letters warning of the likelihood that the ethnic-studies model curriculum, if implemented, would violate federal and state civil rights laws,” Brooke Goldstein, executive director of the Lawfare Project told JNS. “The board recklessly approved this curriculum anyway, and [we] will consider all legal options to keep the Jew-hatred it contains out of our children’s classrooms.”

Last week, the California State Board of Education approved the Ethnic Studies Model Curriculum. Its approval was the culmination of nearly two years of debate and concern by the Jewish community about anti-Semitism and anti-Israel bias in the curriculum.

While many Jewish groups cautiously welcomed the version passed last week by California, noting that concerning portions about Israel and anti-Semitism had been removed, other groups took issue with its overall adoption and its divisiveness at a time of increasing anti-Semitism nationwide.

The ethnic-studies curriculum approved by California is only optional at this time for school districts. Last year, Newsom vetoed AB331 that would have made ethnic studies mandatory for graduation for California high school students. However, new legislation is being considered to make the curriculum mandatory.