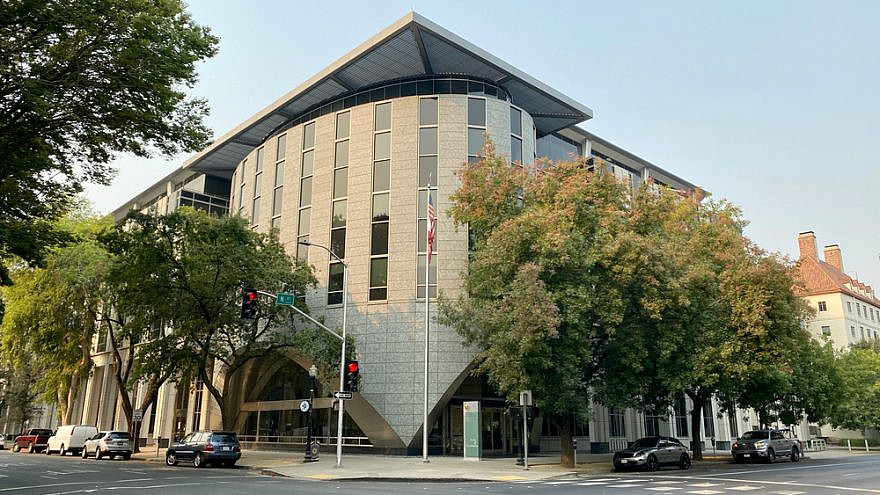 (March 16, 2021 / JNS) The California Department of Education is set to vote on Thursday on the final draft of the state’s controversial ethnic-studies curriculum, which has drawn the ire of Jewish and pro-Israel groups since it was initially introduced.

The State Board of Education is expected to approve Ethnic Studies Model Curriculum at its meeting on March 18, ending a years-long struggle over the curriculum at a time when the United States has faced significant upheaval over race relations and questions over how to view and learn from the country’s history.

This comes amid growing concern from anti-Semitism watchdog groups and scholars are raising issues with the curriculum. More than 100 university scholars and academics argue that the curriculum “contains numerous empirically false and politically-motivated claims about the educational benefits of ethnic studies” and have asked the state to withhold approval until these claims are removed.

“It is reckless of the state to pour millions of taxpayer dollars into a curriculum that is based on no credible research and is steeped in Critical Ethnic Studies, a discipline that pits students against each other and incites hatred,” Tammi Rossman-Benjamin, director of AMCHA Initiative, told JNS.

“For those of us who have been monitoring the resurgence of anti-Semitism, we know firsthand that a Critical Ethnic Studies approach is very dangerous for Jewish students, and we plan to fight tooth and nail against legislative attempts to make this curriculum a high school graduation requirement. What happens next in California, particularly as it relates to a graduation requirement, is crucial since we know other states often follow California.”

The ethnic-studies curriculum has undergone several revisions since the first draft was revealed in August 2019, which Jewish and pro-Israel groups strongly criticized for containing anti-Semitic and anti-Israel content, in addition to not addressing issues of anti-Semitism or including the input of Jewish Americans. Alongside Jewish groups, several other minority groups including Koreans, Sikhs, Armenians and other ethnic/religious groups also criticized the curriculum for leaving out their American experiences.

Last fall, Jewish and pro-Israel groups applauded revisions to the ethnic-studies curriculum, which included the removal of a widely criticized lesson that framed the Jewish community as having “gained racial privilege,” while ignoring anti-Semitism and white-supremacist violence against Jews.

More recently, the Jewish Community Relations Council of San Francisco said the final draft of the curriculum “appears to address the major concerns set out nearly two years ago by JCRC and our partners in the Jewish Public Affairs Coalition of California.”

The JCRC said the most recent draft keeps out denigrating content about Jews, Israelis and the State of Israel; includes lesson plans on the Jewish American experience; and adds references to and definitions of anti-Semitism, such as language to protect students from discrimination on the basis of ethnicity, nationality, race, religion and more.

Yet other groups are also urging further revisions to the curriculum.

At a rally last week in California, the group End Jew Hatred called for the ethnic studies to include the full Jewish experience as a targeted minority in the curriculum, as well as to train teachers and administrators about systemic Jewish-hatred in education.

It also sought to include the mandatory study of the Holocaust and the expulsion of Jews from countries in the Middle East and North Africa.

“We’ve sent a clear list of actions they can take to fix significant problems with the curriculum,” Roz Rothstein, co-founder and CEO of StandWithUs, explained to JNS. “This includes fixing multiple flaws in the new Arab-American studies lesson; moving JIMENA’s lesson about anti-Semitism to the Asian-American studies section; and ensure that Jews are treated equally, reinforcing guidelines for critical thinking throughout the curriculum and that they acknowledge relevant criticisms of the Third World Liberation Front.”

“Students, parents and concerned citizens throughout California expressed support for these changes,” she said. “Now it’s up to the State Board of Education to take action.”