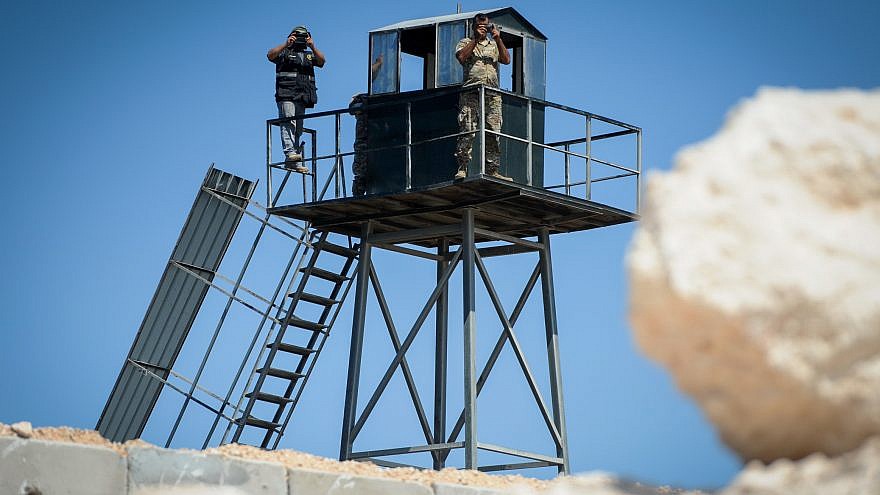 Lebanese soldiers and a member of Hezbollah on the border between Israel and Lebanon on Sept. 5, 2018. Photo by Basel Awidat/Flash90.
Spread the word.
Help JNS grow!
Share now:

“Soldiers are going hungry, like the people,” said Aoun on Monday, according to Reuters.

In the report, he said low morale could lead to an “implosion” and questioned: “Do they want the army or not? Do you want the army to stay on its feet or not? … They don’t care.”

The Lebanese currency has dropped 85 percent since 2019 with the monthly salary of a soldier or police officer that had been worth about $800 now worth less than $120, according to the report. The situation became so dire that the French embassy donated food last month to the army, including basic staples such as rice, pasta and cooking oil.

Three security sources told Reuters that the result could be desertion by low-ranking members of the security forces at a time when crime in the country has spiked.

Amid the deteriorating situation in Lebanon, the Israeli Military Intelligence Directorate has recently assessed that Hezbollah could, for the first time in years, be prepared to initiate military escalation that in the terror group’s view would lead to a number of “battle days.”