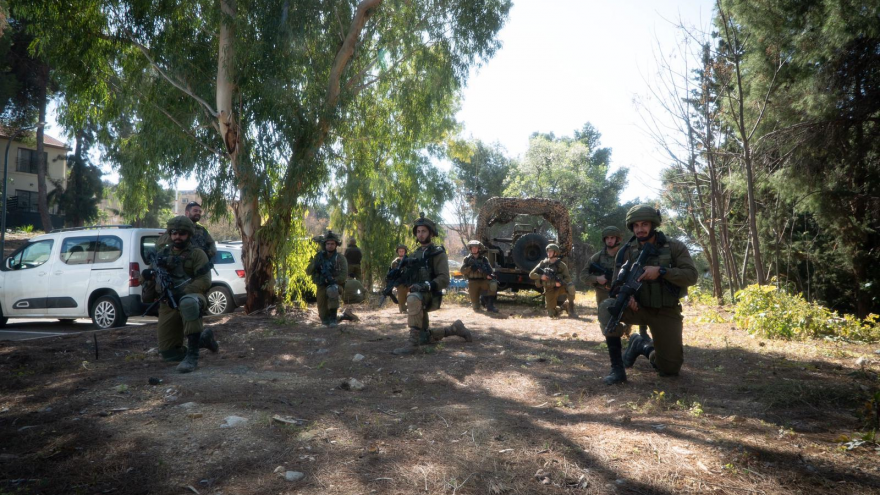 (March 8, 2021 / JNS) Despite ongoing disruptions caused by the coronavirus pandemic, the Israel Defense Forces has been able to stick to an intensive and large-scale combat training program and build its readiness against adversaries, particularly against the most significant threat in proximity: Hezbollah.

Last month, the IDF completed its “Lightning Storm” exercise, which saw the military apply lessons learned from recent incidents on the Lebanese border and the sharpening of battle procedures against what the IDF described as “the backdrop of possible escalation.”

The Military Intelligence Directorate has recently assessed that Hezbollah could, for the first time in years, be prepared to initiate escalations that in the organization’s view would lead to a number of “battle days,” though Israeli officials have warned the Iranian backed terror army that it would not be able to control such escalations.

“Lightning Storm” saw close cooperation between forces from the IDF Northern Command, which is responsible for the Lebanese and Syrian fronts; intelligence collection units; the Israel Air Force, which practiced air support; the Israel Navy; a variety of firepower systems; and the Cyber Defense Directorate, among others.

It included training with an IDF attack system dubbed “Circle of Fire,” which brings together firepower, intelligence data, the ability to acquire targets and command networks from multiple military branches into a single network.

“Building readiness is made up of three components,” Professor Col. (Res.) Gabi Siboni, a senior military and strategy researcher, told JNS on Sunday.

“The first component is made up of capabilities—these are the muscles—the means and the systems needed to conduct operations. The second is training—practicing the ability to activate these capabilities,” said Siboni. “The third component is conceptual, or the understanding that guides operations.”

Siboni explained that it is critical for guiding concepts to employ cunning and utilize all available tools “in order to unbalance and overcome the enemy.”

While combat concepts have not been affected by pandemic disruptions, training has been to a degree, said Siboni, adding, however, that “the IDF found ways to reach a balance here and maintain the readiness of its forces.” 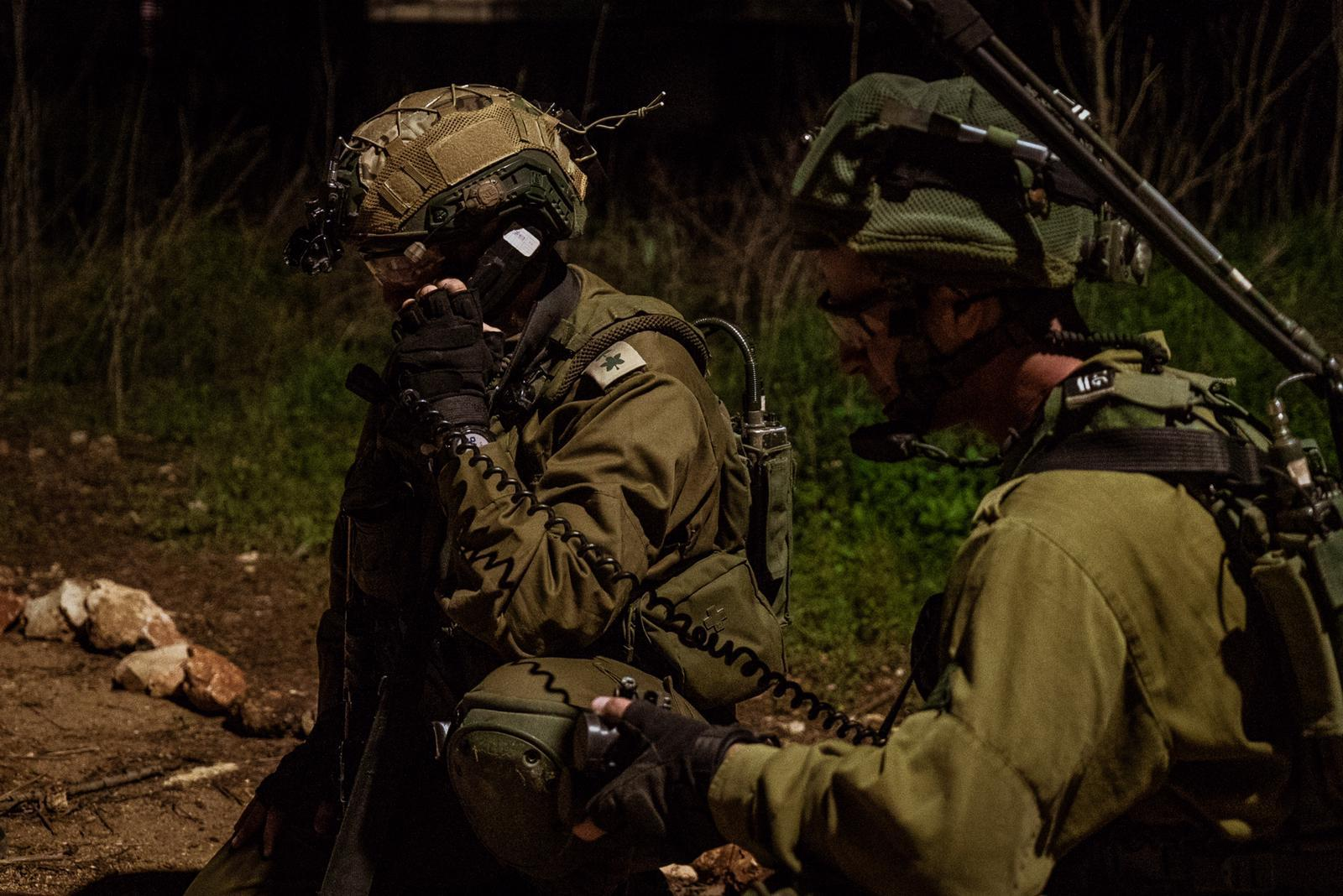 “Lightning Storm” saw close cooperation between forces from the IDF Northern Command, which is responsible for the Lebanese and Syrian fronts. Credit: IDF Spokesperson’s Unit.

Those measures included using battle simulation tools and holding large exercises. Despite the challenging past year, Siboni said “the IDF has sufficient capabilities to provide responses to all existing threats.”

The idea of network-centered combat that led to the development of systems like “Circle of Fire” is not new, he noted, but is “developing together with technological capabilities.” As the military’s combat networks gain new abilities, they are able to transfer large amounts of data on targets to shooters.

Wars are characterized by firepower and by maneuvering ground units, said Siboni. While the objective of the maneuver is to decrease the rate of projectile fire at Israel, the firepower plays a key role in building deterrence since it “leaves a bitter taste for the enemy for many years, and it causes the enemy to take a long time to rebuild.”

While all IDF operations and combat drills contribute to deterrence, ultimately, the most lasting deterrence is shaped “by what occurred in the past rounds of fighting,” said Siboni.

It is memories of past fighting that leads “the enemy to understand the implications of challenging the State of Israel, and this serves as the biggest deterrence,” he said, particularly when it takes into account the fact that the IDF’s capabilities are significantly more powerful these days. 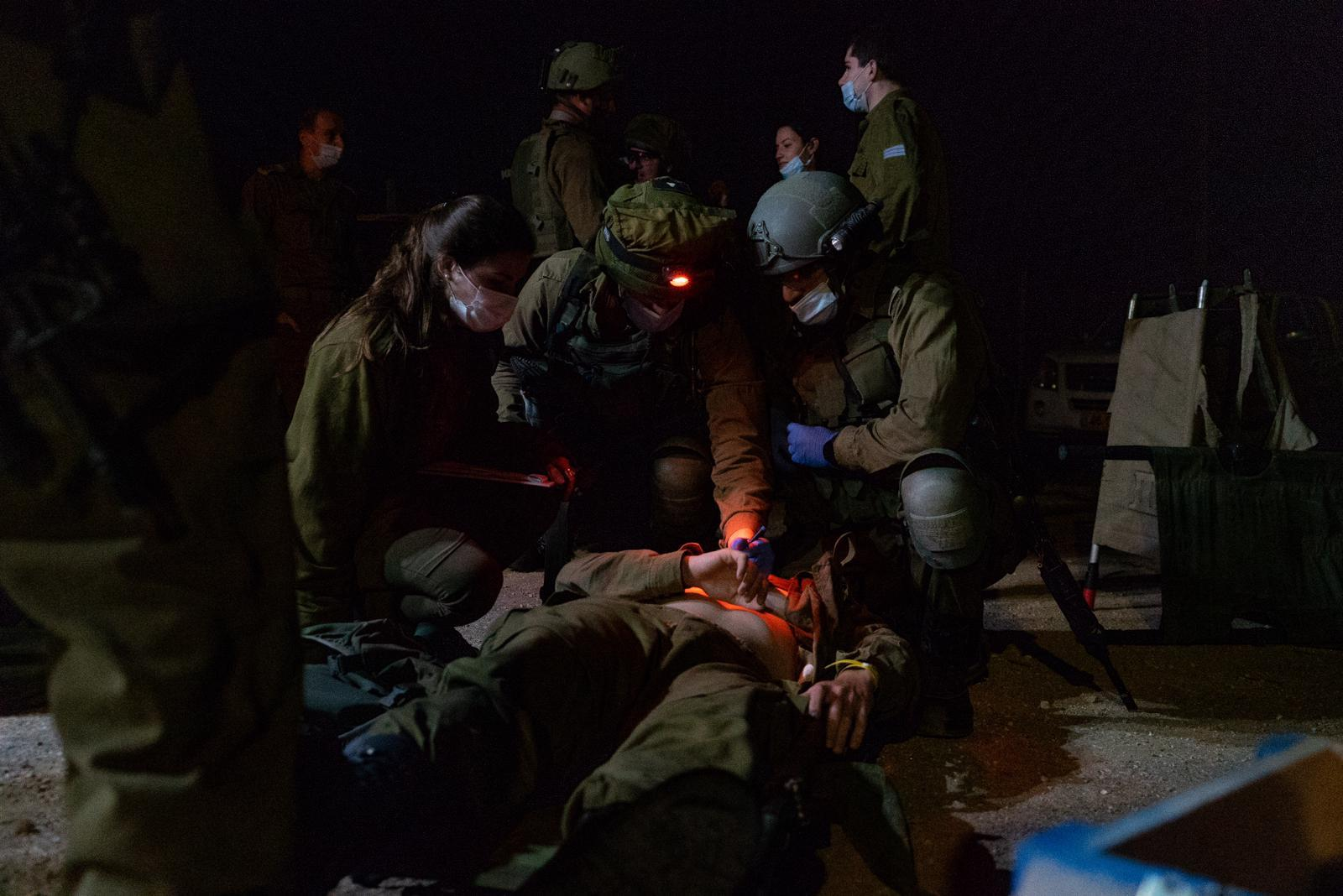 Despite the challenging past year “the IDF has sufficient capabilities to provide responses to all existing threats.” Credit: IDF Spokesperson’s Unit.

‘Swift action and creativity on the battlefield’

At the end of last month’s exercise, Brig. Gen. Shlomi Binder, Commanding Officer of the 91st Division, which secures the Lebanese border, stated, “The exercise we conducted improved our preparedness against Hezbollah. We raised the competence of our forces and commanders for wartime; we learned and improved, understanding the necessity of taking swift offensive action and utilizing creativity on the battlefield.”

Col. (res.) Ron Tira, a reservist at the Israel Air Force’s Campaign Planning Department who served as a section head in the IAF Intelligence Division, told JNS that the IDF is progressing in its program to build readiness despite coronavirus challenges. “The scope of exercises today is very large,” said Tira, also the author of The Nature of War: Conflicting Paradigms and Israeli Military Effectiveness.

Network-centered warfare can be seen as the next stage in the IDF’s development, said Tira. “If in the past, every soldier fought on his own, and afterward, a number of soldiers jointly operated a platform (such as a tank or a warship), today all of the platforms are linked up a network. And to a certain degree, it is the network that conducts the combat.” 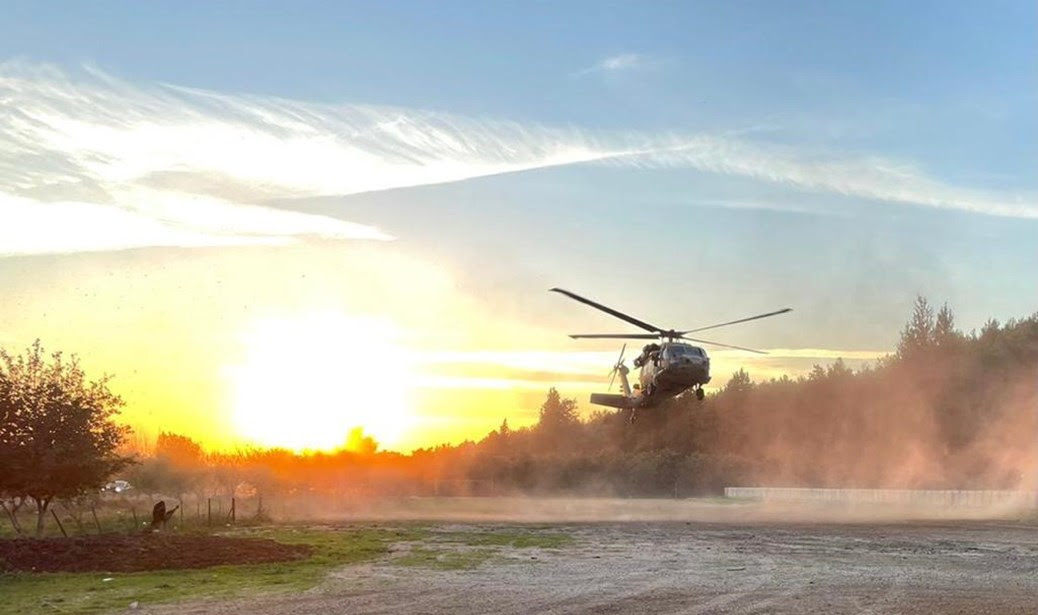 Addressing the issue of deterrence, Tira said he viewed the term as being evasive.

Immediately after the 1967 Six-Day War (in which Israel achieved a resounding victory), the War of Attrition began, he stated.

Looking at Gazan terror factions, Tira said, “After all of what Gaza absorbed in 2014, they still fire on Israeli communities. Are they deterred? It depends.”

“Hamas allows itself to fire on Sderot because it knows that in a certain context it will not pay the price of another ‘Operation Protective Edge,’ ” the 50-day summer conflict between Israel and Gazan terror factions waged in 2014, he stated. “I think that the right question is not whether a side is deterred, but rather, who succeeds in promoting the objectives of their policies and to shape reality.”