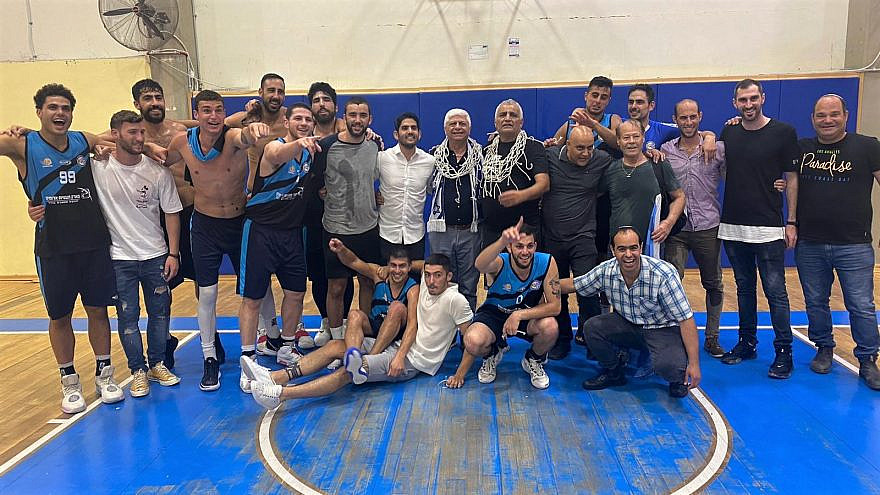 (June 15, 2021 / JNS) For the first time in Israeli professional basketball history, a team from over the so-called “Green Line” has secured a spot in Israel’s second-highest tier league—known as Liga Leumit, or the National League—by finishing the “tier three” league standings as No. 1.

Maccabi Ma’ale Adumim is now one step closer to a spot in the country’s highest-ranked Ligat HaAl—the Israeli Basketball Premier League—where it would take on Israel’s best professional teams, including European powerhouse Maccabi Tel Aviv, Hapoel Jerusalem and others.

Until now, no team from Judea-Samaria has ever participated in either of Israel’s top two men’s leagues.

A 101-65 victory over Hapoel Lod on June 9 secured the team’s championship along with its promotion, where members will face fierce competition starting this fall.

Ma’ale Adumim, with an estimated population of 40,000, achieved city status in 1991. It is located along Highway 1, connecting it to Jerusalem and the Tel Aviv metropolitan area.

The city’s mayor, Benny Kashriel, attended the final game against Lod and was clearly excited about the ramifications for his city. “We are full of tremendous pride and thanks to all who worked so hard for us to get here,” he said after the game.

The team’s third-year head coach Yair Gewirtz told JNS that the championship was truly a “Cinderella story” for his players. He added that “Maccabi Rehovot were the favorites coming into the season, but as time went on, our team really started to click together.”

While both Ma’ale Adumim and Rehovot finished the season with similar 22-2 records and split their two matchups during the season, Ma’ale Adumim had a better point differential against Rehovot, giving them the league title.

Gewirtz noted that last season, in March 2020, his team was in second place and could have potentially won the championship, but the coronavirus pandemic forced the cancelation of the remainder of the season. 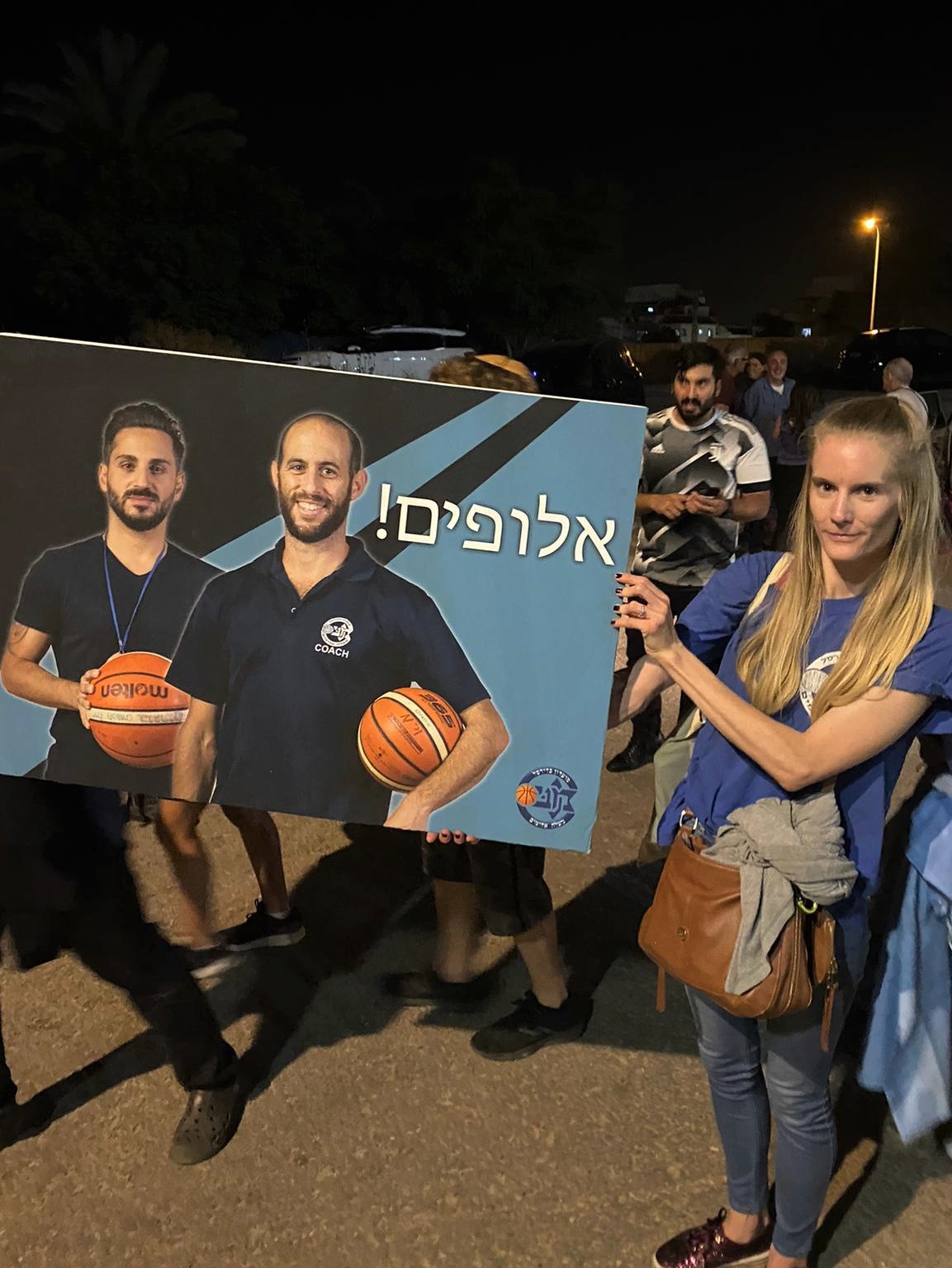 A fan of the Maccabi Ma’ale Adumim basketball team holds a sign in Hebrew that translates into “Champions,” June 2021. Credit: Courtesy.

Still, it was the pandemic that landed Ma’ale Adumim one of its best players and this year’s leading scorer.

American Simcha Halpert, the team’s starting shooting guard, had been a star member of New York’s Yeshiva University 29-1 dream season in 2020, as the squad was in the NCAA Division III “Sweet Sixteen” for the first time in school history. However, when the tournament abruptly ended due to COVID-19 restrictions, Halpert quickly decided to come to Israel and sign with Ma’ale Adumim.

“They really took me in as one of their own right away,” Halpert told JNS. “We were a bunch of young inexperienced players who really learned to like each other. The chemistry and desire to see our teammates score and succeed were evident in every game. They really become my game family away from home. I’m excited to see what the future holds.”

‘This is a tremendous accomplishment’

Looking ahead towards next season, Gewirtz said that as a member of the National League, the squad will have to find ways to expand their talent pool and sign more players from abroad in order to stay competitive against the other teams.

Until now, most of their budget came from municipal sources; Gewirtz recognized that he would have to find funding elsewhere.

“We are looking for Zionist investors who support Judea and Samaria, and who can back us next season. We must increase our budget in order to sign players from abroad and pay bigger salaries,” he said.

For the time being, though, it’s all about celebrating success.

“This is a tremendous accomplishment for my team, the management and the city,” said Gewirtz amid a showering of post-game champagne, compliments of his players. “This puts Ma’ale Adumim on the basketball map of Israel.”