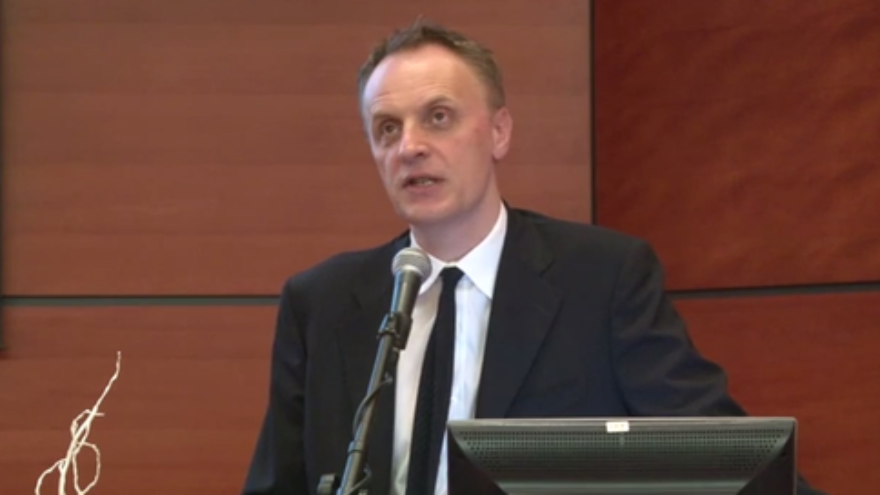 Some of the main antagonists in the political war against Israel are under increasing counter-pressure. For instance, the British medical journal The Lancet and its editor, Richard Horton, have been accused by hundreds of doctors of violating ethical standards. In response, Horton’s allies are attempting to silence the detailed criticism as an “assault on free speech.” This counter-attack, which is taking place in traditional and social media channels, glosses over The Lancet’s long track record and central role in demonizing Israel by exploiting medical frameworks.

The latest criticism of The Lancet stems from the publication of “An Open Letter for the People of Gaza” in July 2014. This mendacious letter refers to Israel’s response to terror attacks from Gaza as “the creation of an emergency to masquerade a massacre,” while accusing 95 percent of Israeli academics of being “complicit in the massacre and destruction of Gaza.”

Horton’s publication of this letter in The Lancet caused significant backlash, with more than 700 doctors organized as “Concerned Academics for Editorial Ethics” protesting “the abject failure of the [Lancet’s] owner/publisher, Reed Elsevier, to enforce appropriate ethical standards of editorship.” Their petition calls for retracting the “open letter” and issuing a formal apology.

The petition highlights the false allegations against Israel, the offensive language, and the immoral activities of some co-authors. In particular, Drs. Paola Manduca and Swee Ang Chai circulated a virulently anti-Semitic video produced by white-supremacist David Duke, claiming to reveal “how the Zionist Matrix of Power controls Media, Politics and Banking.”

This is only one of the many anti-Semitic libels promoted by Manduca. In September 2014, she posted an article using the term “parasite” to refer to Israel and American Jews.  Four months earlier, Manduca referred to Judaism as “racist,” “imperialist,” and “genocidal.”

Manduca’s anti-Semitic vitriol is accompanied by other troubling activity. Her previous articles in The Lancet reflected an associationwith InterPal, classified by the U.S. government as a terrorist organization and “a principal charity utilized to hide the flow of money to Hamas.”  Additionally, she forwarded an e-mail from another U.S.-designated terrorist organization—the Popular Front for the Liberation of Palestine—calling on its supporters to “take to the street” during the 2014 conflict. These ties, combined with the flagrant anti-Semitism expressed by these two authors of the “open letter,” underscore the ethical failure of Horton and The Lancet in publishing it.

After these revelations increased pressure on Elsevier, which publishes The Lancet, Horton’s allies launched a sharp counter-attack, led by a group called “Hands Off The Lancet.” In their public writings, this group ignored the main issues, such as the David Duke connection and Manduca’s virulent anti-Semitism, and appropriated the language of free expression as their main weapon.

For example, in the response published by this group, a core section is headlined “The long history of pro-Israel suppression of medical freedom of expression,” with overwrought claims such as “The heavy-handed attempt to force The Lancet to withdraw the “open letter” is the latest in a series of attempts to stifle media coverage of the Israel-Palestine issue and should be resisted.”

Furthermore, two of the pro-Horton group leaders are also co-authors of the Gaza “open letter”—Drs. Iain Chalmers and Mads Gilbert. Chalmers has been caught on tape repeating David Duke-like hate rhetoric, referring to how “Zionists” exert “control in so many different domains,” labeling The Lancet as one publication “they (Zionists) cannot suppress.” For his part, Gilbert is on record as a 9/11 apologist.

But these facts are erased as Horton and his team use their media connections to advance the attack. On April 24, 2015, the U.K.’s The Independent published a news story that completely sidesteps the ethical issues in the Gaza “Open Letter” and minimizes Manduca’s and Swee Ang’s blatant anti-Semitism. The article quotes unnamed “observers” who view the criticism of The Lancet as no less than “the most serious threat to The Lancet and free speech in academia” in almost 200 years.

While these lapses might merely suggest unprofessional journalism, the author—Jeremy Laurance—has a clear conflict of interest that was not disclosed. His brother is Tony Laurance, CEO of the U.K,-based Medical Aid for Palestinians (MAP), whose founder is none other than Swee Ang—one of the David Duke supporters and authors of the Gaza letter. MAP also partners with The Lancet in the Lancet Palestinian Health Alliance, a platform for anti-Israel political views under the guise of health advocacy.

As Horton and The Lancet’s refusals to genuinely address the issue of anti-Semitism, their position as ethical exemplars becomes increasingly tenuous. The contrast between their moral language and immoral actions could not be clearer. This discrepancy tarnishes The Lancet’s reputation as an academic journal as it demonizes Israel, Israeli academia, and Jews.