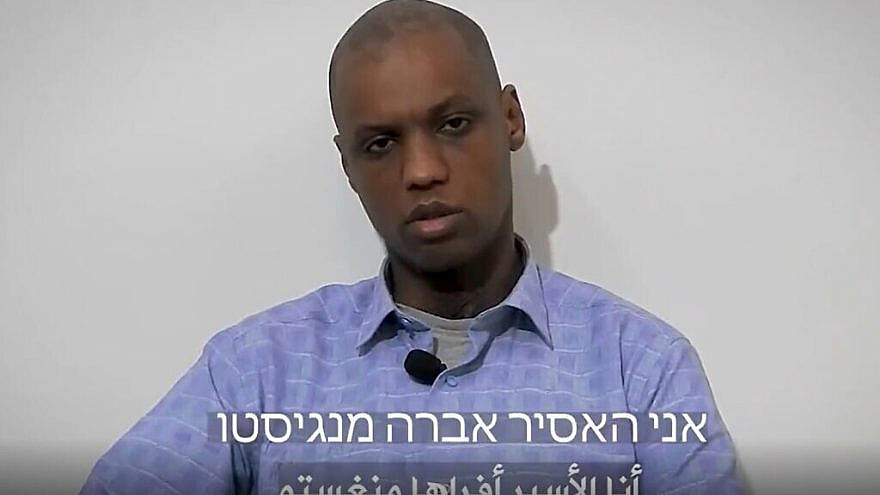 (January 17, 2023 / JNS) Israeli Prime Minister Benjamin Netanyahu confirmed on Tuesday that Hamas captive Avera Mengistu is alive, a day after the Palestinian terrorist group released a video purportedly of him.

“Israel has not stopped efforts to return Avera Mengistu and the rest of our captives and missing people,” Netanyahu said after meeting with members of the Israel Security Agency (Shin Bet) in Judea and Samaria.

“Yesterday, we received further confirmation of what we knew all along—that Avera is alive. This is a young man who is not fully healthy, and the responsibility for his fate rests entirely in the hands of Hamas,” he added.

Hamas on Monday released an undated video purportedly of Mengistu, who crossed into the Gaza Strip on his own accord in 2014.

“I am the prisoner Avera Mengistu. How long will I remain a captive here, I and my comrades, after the long and painful years?” says the individual in the video.

“Where are the State and the People of Israel regarding our fate?” he adds.

Hamas is also holding Israeli Hisham al-Sayed, who in 2015 also crossed into Gaza of his own volition, as well as the bodies of two IDF soldiers, Oron Shaul and Hadar Goldin, who were killed in action during “Operation Protective Edge” in 2014.

Hamas claimed in June that the health of Hisham al-Sayed had deteriorated and released footage of him hooked up to a respirator.

Both Mengistu and al-Sayed suffer from mental illness.

The families of Goldin and Shaul have led a campaign to bring their sons’ bodies home. In August, the Goldin family initiated a march to the Gaza border, calling on the Israeli government to secure the release of their sons’ bodies along with Mengistu and al-Sayed.