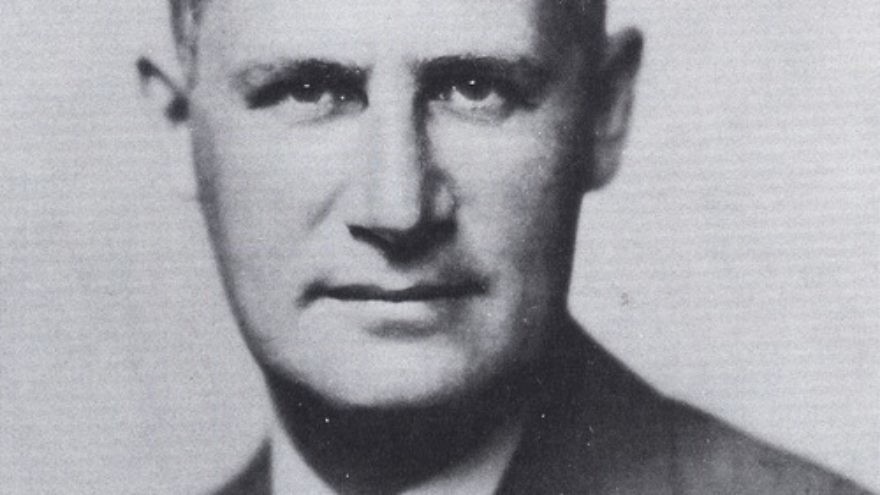 The New York Times raised some eyebrows in the Jewish community last week with a lengthy feature about four self-described religious Jews who oppose Israel. In an apparent attempt to legitimize Jewish anti-Zionism, the article stressed that Zionism “was not always the norm among American Jews” and that it was only “the persecution of European Jews [which] turned many American Jews into Zionists.”

Interestingly, one of the most famous “religious Jews” who opposed Zionism did not change his mind even after the Holocaust. That was the Times’s own publisher from 1935 to 1961, Arthur Hays Sulzberger.

Sulzberger was a devout adherent of classical Reform Judaism. In his view, Jewish identity should consist only of religious beliefs, not any sense of peoplehood, nationalism, or ethnic affiliation. He even rejected the existence of Jewish war veterans organizations on the grounds that they were examples of “Ghetto living.”

As Prof. Laurel Leff explains in her critically acclaimed book, “Buried by The Times: The Holocaust and America’s Most Important Newspaper,” Sulzberger instructed Times editors to bury news of the Nazi genocide on the back pages, and to tone down or eliminate references to the fact that the victims were Jews. Sulzberger worried that if the Times reported what was happening to the Jews in Europe, someone might accuse it of being a “Jewish newspaper.”

As news of the Nazi atrocities moved many formerly anti-Zionist Reform rabbis and leaders to recognize the need for a Jewish state, Sulzberger pushed back. He was one of the earliest and most enthusiastic supporters of the American Council for Judaism, a group created by a handful of Reform rabbis in 1942 to oppose Zionism. The Times gave frequent and generous coverage to the activities of the tiny Council.

Even a visit to former Nazi concentration camps in 1945 did not alter Sulzberger’s anti-Zionist convictions. In a speech the following year, Sulzberger said that while he felt sorry for the Jewish survivors living in Displaced Persons camps in Europe, they were “but a minor percentage of the total of displaced persons” and therefore should not be receiving so much attention.

The Times publisher even went so far as to claim that Zionism was to blame for some of the Jewish deaths in the Holocaust. He alleged, in that 1946 speech, that the refugee crisis during the war had been “a manageable, social and economic problem” until “the clamor for statehood introduced an insoluable political element” into the issue. “It is my judgment that thousands dead might now be alive” if “the Zionists” had put “less emphasis on statehood,” Sulzberger asserted.

One of the Jewish anti-Zionists profiled in last week’s New York Times article described himself as a fan of the late Judah Magnes, who advocated a binational Arab-Jewish Palestine instead of a Jewish state. Sulzberger, too, thought highly of Magnes. In June 1946, Sulzberger tried to organize a dinner at Manhattan’s Hotel Pierre to raise funds for Magnes’s work. The Times publisher invited 23 of his associates. Only three accepted. The dinner was canceled.

The increasingly isolated Sulzberger grew more and more frustrated. A pro-Zionist statement by the formerly anti-Zionist president of the American Jewish Committee (AJC) in early 1947 prompted Sulzberger to write to a friend, “Apparently if you are a Jew you have to contribute Jewishly, eat Jewishly, think Jewishly, part your hair Jewishly… Gosh I’m sick!”

On another occasion, Sulzberger was horrified to see the AJC and other Jewish groups listed as affiliates of the United Jewish Appeal in an advertisement in the Times.  “The only thing I miss is the Jewish Chiropractors’ Society,” he complained. “In other words, J E W is to be the common denominator for everything we do. God help us!”

In his final years, Sulzberger’s anti-Zionism never eased. He resigned from one of the Reform synagogues to which he belonged after it introduced the singing of Hatikvah along with the Star-Spangled Banner. He apparently considered visiting Israel on one occasion, but changed his mind after Prime Minister David Ben-Gurion made a speech that he disliked. Ironically, however, after Sulzberger passed away in 1961, his widow established a scholarship in his name at Hebrew University. It seems unlikely he would have approved.

Dr. Rafael Medoff is director of The David S. Wyman Institute for Holocaust Studies, in Washington, D.C., and author of 15 books about Jewish history and the Holocaust. The latest is “FDR and the Holocaust: A Breach of Faith.”