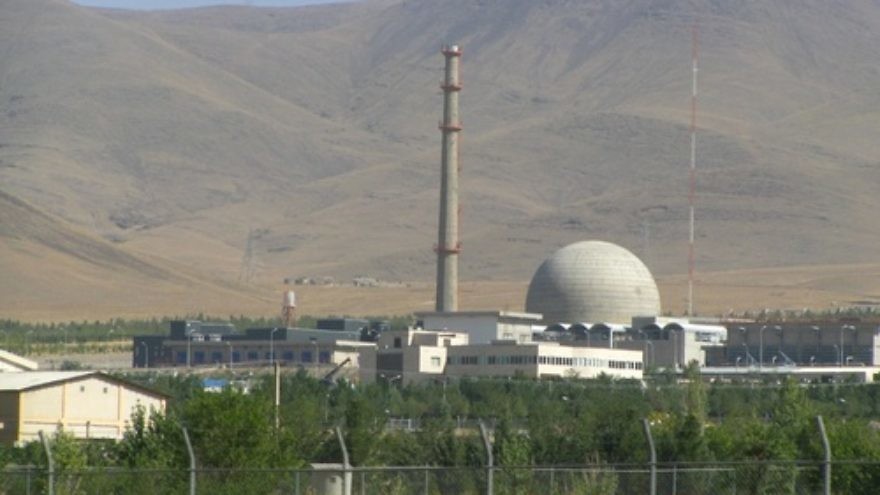 Iran may need to wait a while to collect its $150 billion “signing bonus” in this year’s nuclear deal with the P5+1 nations.

As part of July’s nuclear deal, President Barack Obama agreed to release Iranian assets that have been frozen in U.S. banks since the takeover of the U.S. embassy in Tehran in 1979. But Shurat HaDin – Israel Law Center, a non-profit legal assistance group based in Tel Aviv, has sent a letter to 11 American banks warning them that releasing the money now would be a violation of a current U.S. court order intended to compensate victims of Iran-sponsored terrorism.

The banks addressed in the letter are believed to be holding frozen Iranian assets, and awaiting certification by the administration than Iran has met certain preliminary benchmarks for the release of that money.

U.S. courts, however, have awarded judgments to a number of American families against the Iranian government as victims of terrorism perpetrated by Iran-sponsored terror groups such as Hamas and Hezbollah.

One such case dates back to Sept. 4, 1997, when Hamas executed triple suicide bombings on the Ben Yehuda Street pedestrian mall in Jerusalem. The attack killed five Israelis and severely injured a number of Americans.

Families of those Americans injured in the bombing filed suit against the Iranian regime for damages. Iran is a financial and military patron of Hamas. The case, Rubin v. The Islamic Republic of Iran, was decided in favor of the plaintiffs. Yet previous efforts to attach certain Iranian assets, notably museum artifacts being repatriated to Iran, have failed. A number of courts have ruled that historical artifacts are not exempt from sovereign immunity, and thus cannot be seized to make payment.

Cash, however, appears to be another matter.

On Oct. 26, the plaintiffs obtained a Citation to Discover Assets in the federal district court in the Northern District of Illinois. The granting of this proceeding takes the plaintiffs’ case one step further, in that it permits them to discover what assets the Iranian government has frozen in the U.S., for the purposes of collecting the judgment against them.

“Because Iran hired counsel in the antiquities proceeding in Chicago, we had the chance to serve their attorneys with the citation. As a result we can act to restrain the banks from releasing funds,” says Nitsana Darshan-Leitner, director of Shurat HaDin.

Those accounts are not a matter of public record. This has led to some confusion about the amount that could actually end up being repatriated to the Iranian government under the terms of the deal.

Shurat HaDin’s letter to the 11 U.S. banks states, “You are hereby warned that all accounts maintained by your financial institution at any of its branches in the name of Iran, the Central Bank of Iran, the Naftiran Intertrade Company, the National Iranian Oil Company, the National Iranian Tanker Company or any other agency or instrumentality of Iran are restrained and subject to a lien in favor of my clients under United States law.”

Shurat HaDin notes that, to date, $43 billion has been awarded to U.S. victims of Iranian-sponsored terror, and that if that money leaves the country, there is little to no chance that those claims will ever be paid.

For Darshan-Leitner, this isn’t just a legal matter—it’s a moral one.

“They want to ensure that what happened to these people doesn’t happen to other innocent families,” she says. “We all understand that allowing these frozen funds to be returned to Tehran ensures that terror groups like Hamas and Hezbollah will have the resources to continue their extremist violence against Jews and Westerners. After Paris, could you imagine providing a $100 billion to ISIS (Islamic State)? This is the exact same situation.”