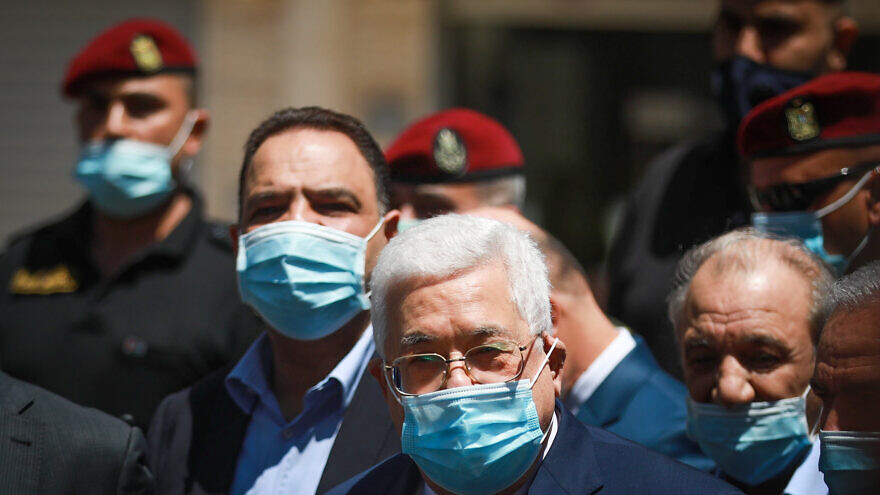 Palestinian Authority leader Mahmoud Abbas during a tour in the West Bank city of Ramallah on May 15, 2020. Photo by Flash90.
Spread the word.
Help JNS grow!
Share now:

(January 7, 2021 / PMW) Official Palestinian Authority daily Al-Hayat Al-Jadida recently printed an op-ed containing glowing praise for a terrorist responsible for multiple attacks against Israelis, including one in which a nine-month-old child was killed.

The terrorist, Marwan Zalum, was honored for fighting “a holy war for the sake of Allah under the auspices of Fatah,” the main faction of the Palestine Liberation Organization.

Zalum, who commanded the Hebron branch of the Tanzim (Fatah terror faction), was responsible for several terror attacks in the Hebron region. He dispatched the terrorist who ‎shot and killed Shalhevet Pass in her stroller on March 26, 2001, and also provided the ‎explosive device used in a suicide attack at the entrance to Jerusalem’s Mahane Yehuda market on April 12, 2002, in which six were killed and 80 wounded. He organized the planting of a ‎bomb in southern Hebron, which killed Israeli soldier Shai Cohen on July 9, 2001, and initiated a ‎shooting attack at the entrance to Kiryat Arba on July 12, 2001, in which one person was killed. He ‎was killed by the Israeli army on April 22, 2002.‎

Zalum, the article stated, “was firm in his positions … had lofty morals, and was a prominent commander with a strong personality—an example of courage and heroism who sacrificed everything. He knew the end of every jihad fighter is martyrdom, which he wished for throughout the long struggle … for the sake of the people and the cause.” 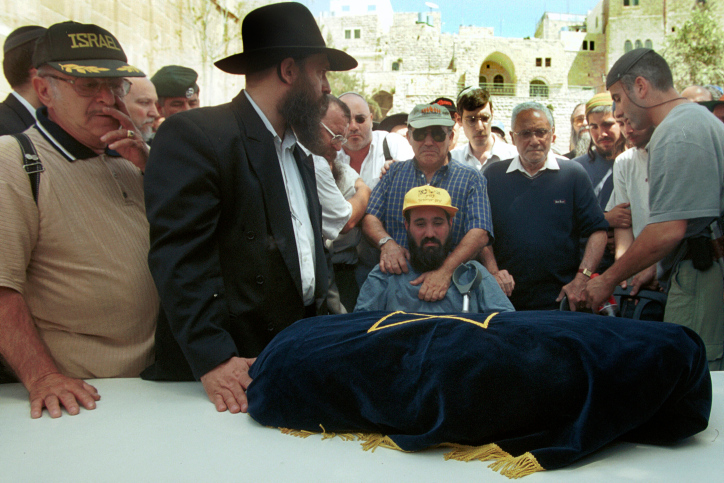 The funeral of 10-month-old Shalhevet Pass, who was shot by a Palestinian sniper during the Second Intifada, March 26, 2001. Photo by Nati Shohat/Flash90.

This is not the first time Zalum has been praised in such terms. Fatah used almost identical wording when marking the anniversary of Zalum’s death in a Facebook post, writing: “Heroic Martyr Marwan Kayed Zalum was a fighter who fought a holy war for Allah. … He knew that the end of every jihad fighter and fighter is martyrdom, which he hoped for.”

The P.A.’s most important religious figure has similarly packaged P.A. terror against Israel as a religious war for Islam.

During a television program on Islam broadcast in November, P.A. leader Mahmoud Abbas’s adviser on religious affairs and the P.A.’s Supreme Shariah judge, Mahmoud al-Habbash, taught viewers that Palestinian arch-terrorists including Yasser Arafat, Hamas founder Sheikh Ahmed Yassin, Abu Jihad (a terrorist who was behind attacks in which 125 Israelis were murdered), Abu Iyad (head of Black September) and others are “beloved” and “great martyrs, i.e., they died for Allah.”

In his broadcast, Abbas’s adviser framed Palestinian terrorism as an Islamic religious war, teaching that the conflict between the Palestinians and Israel is a war between “good and evil, between two projects: Allah’s project vs. Satan’s project”; that the Koran commands fighting and permits killing Israelis; and that Islam’s religious war to destroy Israel—“the culture of Satan”—had started.