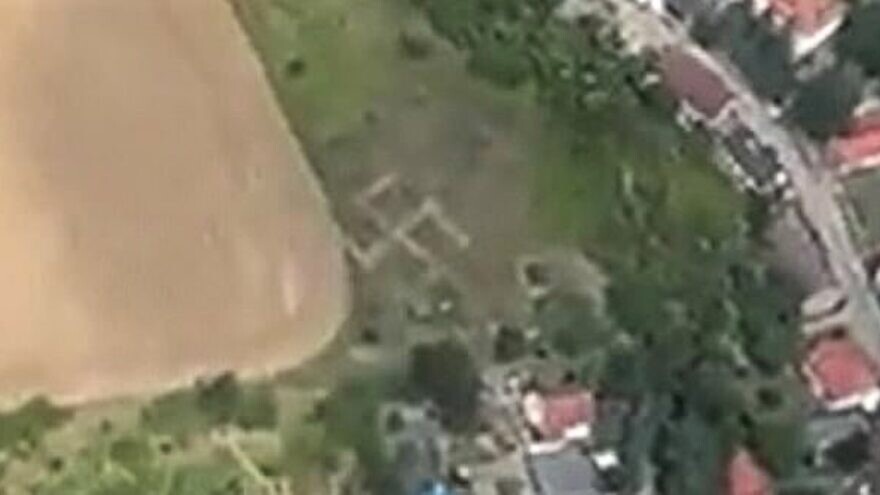 (July 7, 2022 / JNS) German police are investigating a giant swastika that was recently mowed into the grass on a field near Berlin and discovered by a journalist.

Julian Röpcke, the politics editor for the German publication Bild, spotted the Nazi symbol in Brandenburg and posted images of the field on Twitter on Tuesday.

He said he told local police about the sighting, and they are investigating for breaking German law on banned political symbols.

Röpcke added that when officers went to the area on Tuesday night, they found the field, although the swastika was gone. The owner of the field said it was recently mowed over.

The Nazi symbol is banned under German law, and anyone who publicly displays it outside of art, science, research or teaching faces up to three years in prison, according to Bild.

“Apparently, because of these tweets, there is now one less 20-meter [60-foot] swastika less in the world,” tweeted Röpcke. “The fact that it had already disappeared when the police arrived last night probably speaks against the thesis that someone just mowed badly. In the meantime, criminal proceedings have been initiated under Section 86 A of the Criminal Code.”