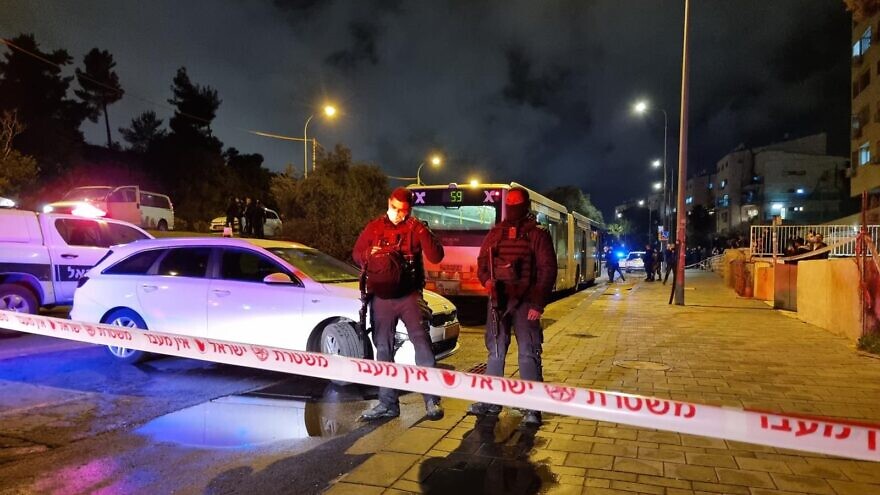 (February 10, 2022 / JNS) The Jerusalem District Police on Thursday morning continued the search for a suspect who allegedly opened fire on a bus driver in the city late on Wednesday night, according to police.

The bus suffered damaged, but no casualties were reported. The driver was treated for shock.

The incident occurred around 9:30 p.m. on Levi Eshkol Street, police said. The shooter fled the scene and police continued to search for him until late into the night, setting up checkpoints around the area, including in the Old City. A police helicopter also took part in the search.

Police believe the background for the incident was criminal and not nationalistic, though the matter is still under investigation.

A bus was damaged in Jerusalem on Wednesday night, February 11, when it was shot by a passerby. Police are investigating. Credit: Israel Police.