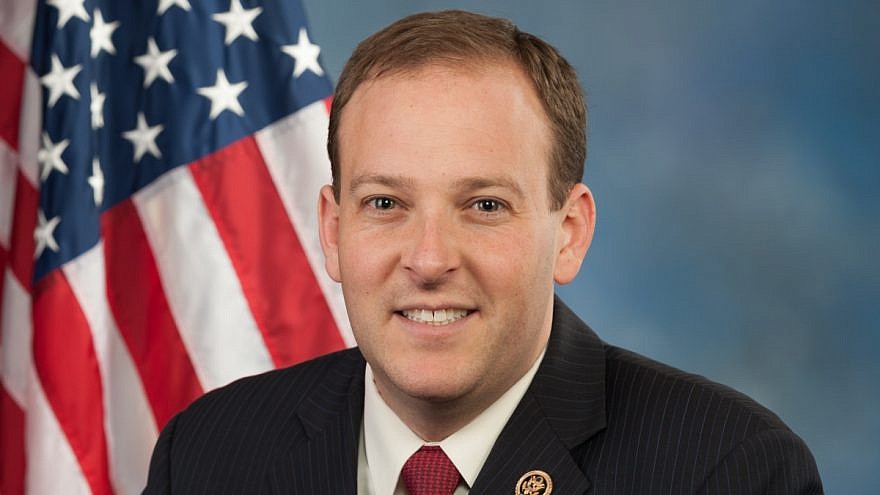 The poll conducted by the Trafalgar Group from Oct. 27-31 found that Zeldin would garner 48.4% of the vote in the Empire State if the election were held today, slightly more than Democratic incumbent Gov. Kathy Hochul, who polls at 47.6%, while 4% of voters are undecided. Election Day is Nov. 8.

Zeldin’s campaign has not been without incident. He was assaulted during a campaign event in July and targeted with an anti-Semitic death threat in June.

Besides Zeldin, the only other Jewish Republican in Congress is U.S. Rep. David Kustoff (R-Tenn.).

Zeldin is co-chair of the House Republican Israel Caucus. In March, he introduced a bill to protect American companies from being coerced into providing information to international organizations for the purpose of furthering boycotts against Israel.

“Too many—even in the halls of Congress—have emboldened anti-Semitic and anti-Israel rhetoric by accepting the BDS movement whose founder, in referring to Zionism, said ‘I, for one, support euthanasia,’” Zeldin said at the time.

“This legislation not only reinforces congressional opposition to the BDS movement but protects American companies from being forced to provide information to international organizations that peddle this hate-filled movement, and holds those who attempt to violate that protection accountable,” he explained.