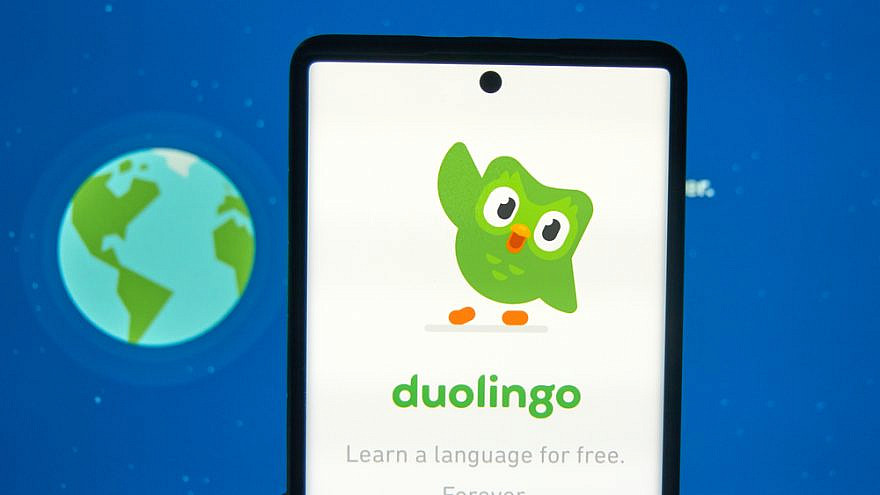 The site teaches Yiddish through game-like lessons that take five to seven minutes a day. Lessons and exercises are adapted to the user’s learning style, and students are tempted to stay motivated by earning virtual coins, unlocking new levels and watching their “fluency score” rise as they master a new language.

According to Duolingo, some 10,000 students have already signed up to learn Yiddish.

Meena Viswanath, whose family includes a number of prominent Yiddish scholars, was the project’s expert in blending academic Yiddish with the everyday vernacular spoken by Jews worldwide, primarily Chassidic Jews whose roots go back to Eastern Europe.

“We used mostly the spelling and grammar that’s a little bit more formalized among the secular Yiddishists,” she said, according to JTA. “But then when we recorded the audio, we used the pronunciation that is used in the vernacular among students, specifically in Borough Park in Brooklyn and so forth.”

“So many people, especially Americans, are aware of Yiddish. But their awareness is often limited to stereotypes or a few phrases here and there that they heard their grandparents or neighbors say,” she said. “I really hope that those people will open the course and start doing it and realize, ‘Hey, Yiddish is a real language, it’s got grammar, it has a vocabulary.’ ”