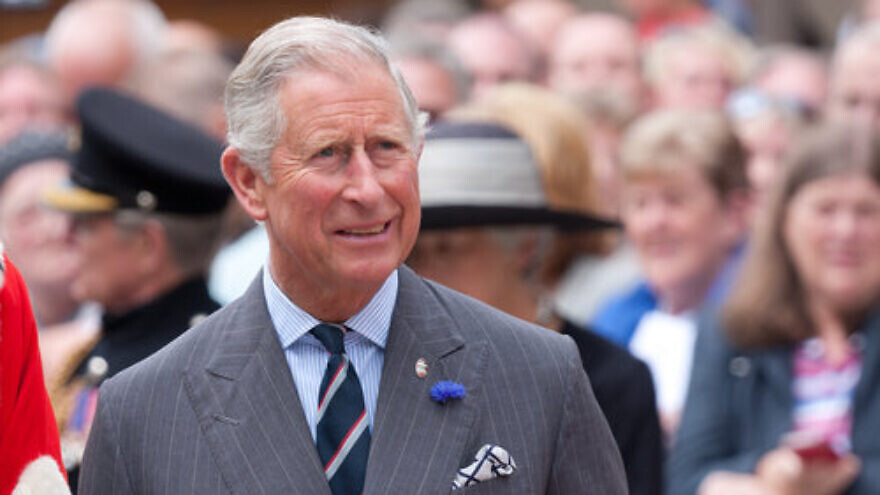 (May 6, 2022 / JNS) The Prince of Wales has made a private donation to a British Jewish international humanitarian agency working to help Ukrainian refugees, reported The Jewish Chronicle.

Prince Charles has been a patron of the World Jewish Relief (WJR) since 2015. He visited the organization’s office last week in London, where he praised staff for their work in support of Ukrainian refugees fleeing Russia’s invasion of the country. He also met with some of those refugees.

The exact sum of the donation was not revealed.

The relief group has assisted more than 20,000 Ukrainians with humanitarian aid and evacuation efforts since the start of the war on Feb. 24, said the charity on its website. It is currently working in 61 towns and cities across Ukraine.

According to the Chronicle, Prince Charles first got involved with WJR in 2002 after meeting members of the Jewish community in Krakow who have been assisted by the charity.