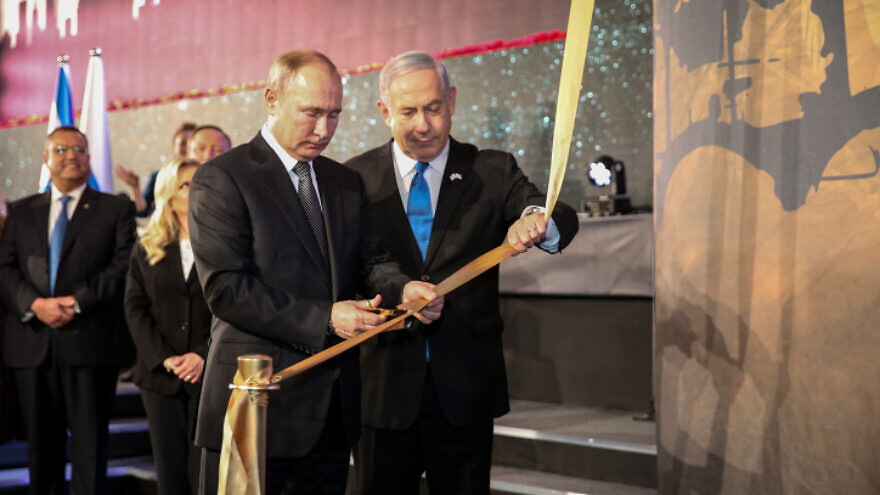 (January 23, 2020 / JNS) In Israel for the Fifth World Holocaust Forum, Russian President Vladimir Putin joined Israeli Prime Minister Benjamin Netanyahu in Jerusalem on Thursday for a ceremony to unveil a monument in the city’s Sacher Park commemorating the defenders and survivors of the German siege of Leningrad during World War II.

The Jerusalem Municipality fast-tracked approval for the memorial in July, at a budget of $340,000, according to a report by Channel 12.

The ceremony comes just days before the annual Russian memorial day for the defenders of Leningrad, in which Russians turn off the lights in their homes and kindle memorial candles, and was also attended by Israeli President Reuven Rivlin, Jerusalem Mayor Moshe Lion, St. Petersburg (formerly Leningrad) Governor Alexander Beglov, President of the Russian Jewish Congress Yuri Kanner and Chairman of the Jewish National Fund Daniel Atar.