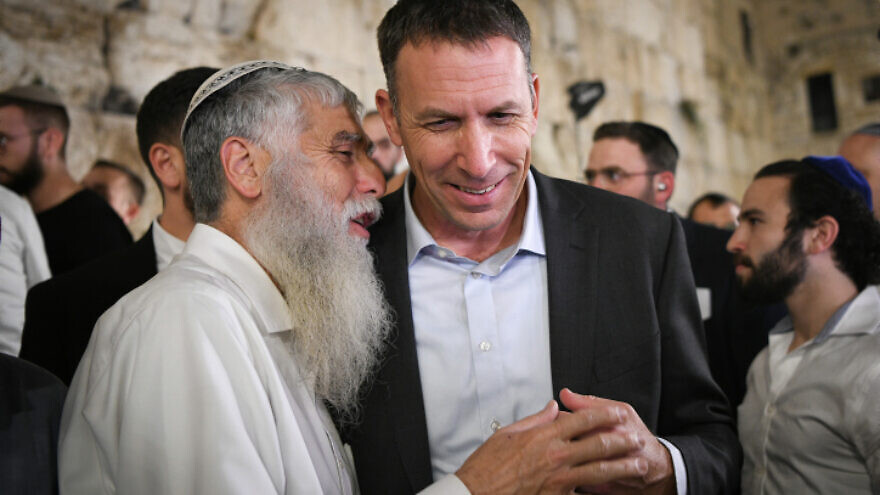 The proposed framework, which Kahana plans to bring to a vote in the coming weeks, was reached in close coordination with prominent rabbinical elders from the religious Zionist community, chief among them Rabbi Haim Drukman, Rabbi Yaaqov Medan, Rabbi Re’em Ha’Cohen and Rabbi Eitan Eisman.

“One cannot claim this is a Reform framework that will encourage assimilation because the greats of religious Zionism are involved, and they expect the Chief Rabbinate to adopt it,” said Kahana.

One of the most volatile issues is the question of whether to authorize municipal rabbis to convert minors. The conversion of minors will see thousands of people brought quickly into the Jewish community and has been met with opposition from conservative elements.

A recent poll found that tens of thousands of Israelis from the former Soviet Union would be interested in converting to Judaism under more lenient conditions, but they may be disappointed with Kahana’s proposed reforms.

The religious services minister emphasized the purpose of the reform is not to facilitate conversion that goes against Orthodox Jewish law.

“I am convinced that conversion must be according to Jewish law and include the acceptance of the burden of mitzvahs,” said Kahana.

Kahana said he nevertheless believes the establishment of municipal courts will make the process much easier for potential converts.

“We want to find ways to help them, to establish courts that see converts as an asset and as [having] potential—an active conversion system that courts Israelis of Jewish descent that that will return to the Jewish people,” he said.

As part of the framework, Kahana plans to embark on an unprecedented campaign to call on hundreds of thousands of Israelis of Jewish descent who are not Jewish according to religious law to convert.

“The subject of conversion is in our souls. One in every 10 couples is in a mixed marriage. These are our best friends at home, at work, and at school. The rabbis understand that if we don’t act on the issue, we will harm the State of Israel’s Jewish identity,” he explained.