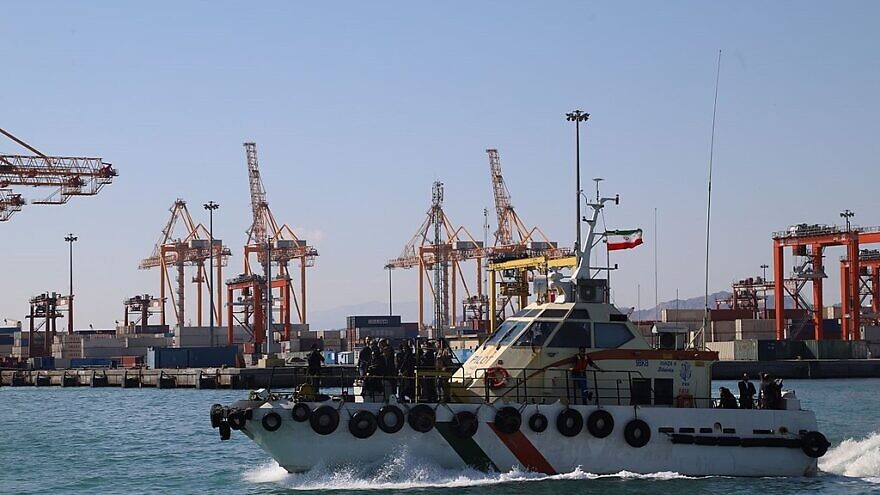 (May 19, 2020 / JNS) Israel carried out a recent cyber attack against Iran that shut down one of the country’s major ports for days, causing chaos, apparently in retaliation for an Iranian attack last month on Israel’s water infrastructure, The Washington Post reported on Tuesday.

Operations at the Shahid Rajaee port—one of two major shipping terminals in the coastal city of Bandar Abbas in the Strait of Hormuz—came to a sudden halt on May 9 after the port’s computer systems were hacked by an unknown source, according to the report.

Security and intelligence officials from the United States and abroad told The Post that the “highly accurate” cyber attack, which paralyzed the port for days, causing severe maritime and land traffic jams, appears to have been perpetrated by Israeli operatives.

The anonymous officials assessed that the attack was launched in retaliation for an Iranian attempt late last month to breach the command-and-control systems of Israeli water and sewage facilities. The Iranian attack, which took place on April 24, was detected in time for water plant employees to change their passwords, and as a result, no damage was done.

Iran denies that it was behind the failed hacking attempt.

The Israeli embassy did not respond to The Post’s requests for comment—and the Israel Defense Forces declined to comment—on the Shahid Rajaee seaport incident.

The Stuxnet worm, revealed in 2010 and widely assumed to be a joint Israel-U.S. creation, is believed to have caused serious damage to Iran’s nuclear program. Last September, a general in Iran’s Islamic Revolutionary Guard Corps said the “Stuxnet cyber attack had had the positive effect of ‘causing us to pay attention to’ the cyber security of its nuclear installations.”