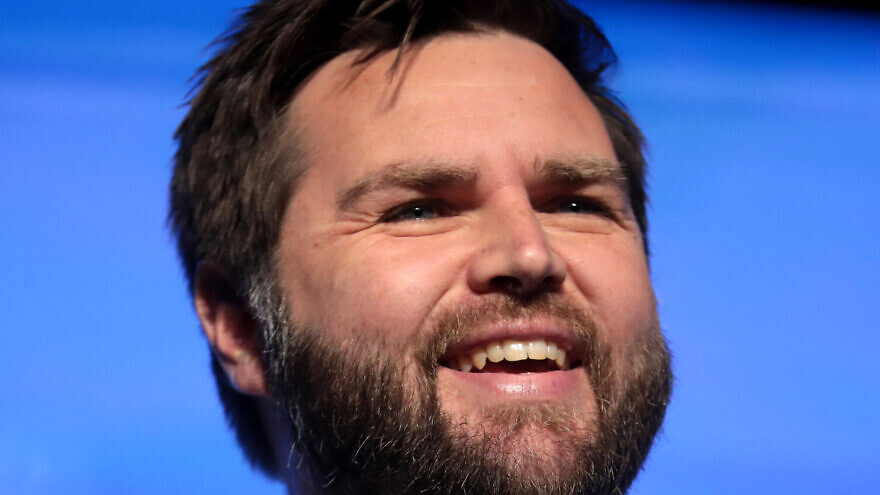 Ryan conceded the race to Vance Tuesday night with Vance leading 54% to Ryan’s 46%.

Vance, a first-time candidate, defeated Jewish Ohio Treasurer Josh Mandel during the primary after he received the full-throated support of former President Donald Trump. While questions swirled about how close Vance associated with the far-right figures who traffic in anti-Semitic statements and conspiracies, such as Rep. Marjorie Taylor Greene (R-Ga.), Vance made an appearance this year at  an event cohosted by CPAC in Israel.

Early ballot counts through election night showed Ryan ahead of Vance, as early mail-in voting skewed heavily Democratic, but Vance quickly caught up and took the lead as election day votes were counted.

In his concession speech, Ryan—who has been in Congress since 2013—called for civility to return to America.

“I have the privilege to concede this race to J.D. Vance, because the way this country operates is that when you lose an election, you concede it and you respect the will of the people, right?” Ryan told his supporters, alluding to the election denial of some Republicans. “We can’t have a system where if you win, it’s a legitimate election, and if you lose, someone stole it. That is not how we can move forward in the United States.”

Vance’s victory speech was magnanimous, promising to fight for all Ohioans.

“What an incredible honor it is to have gotten to run this campaign. Win or lose, I said it was one of the coolest experiences of my entire life,” Vance said. “But now, the people of Ohio have given us a job and what we need to do over the next couple of years, over the next six years—the full length of the senate term—whoever’s in the majority, whatever the president looks like, we have a very simple job to do. It’s to go to work every single day and fight for the people of Ohio.”