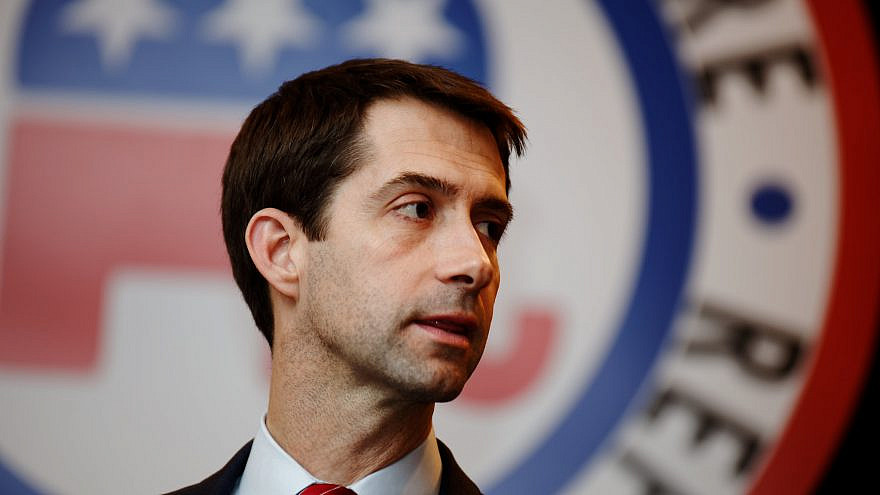 (February 25, 2021 / JNS) Republicans in both houses of Congress introduced a resolution on Wednesday opposing any move by U.S. President Biden and his administration to lift sanctions against Iran.

Led by Sen. Tom Cotton (R-Ark.) and supported by more than 40 lawmakers, the resolution “rejects and opposes the reapplication of sanctions relief for Iran” and expresses disapproval of giving Iran access to the U.S. financial system, reported Bloomberg News.

In a statement, congressional members supporting the resolution said “the U.S. must maintain sanctions on the Iranian regime until it abandons its nuclear ambitions and ends its support for violence and terror around the region.”

The lawmakers noted that Iran “took advantage of weak policies during the Obama administration, and President Biden must not repeat those same mistakes.”

The resolution follows a letter sent on Monday by 15 Republican members of the House Committee on Homeland Security to Biden, stating, “Regime demands for sanctions relief as a prerequisite for the administration’s proposed bilateral negotiations are not made in good faith.”

The letter urged Biden to keep up the pressure on Tehran and said that America “cannot afford to be perceived as weak or wavering on these important national security threats. Appeasement will not effectuate change.”

Biden has expressed interest in re-entering the Joint Comprehensive Plan of Action (JCPOA)—the nuclear deal Iran made with the world powers in 2015—however, on Feb. 8, he affirmed that the United States would not lift sanctions against Tehran until it complies with the accord.

The Trump administration withdrew from the accord in May 2018, reimposing sanctions lifted against it and adding more severe ones against the Islamic Republic.

Iran says it will not comply with the agreement until all sanctions are lifted.

Concern from lawmakers comes after the Biden administration asked the United Nations last week to rescind the “snapback” mechanism that the Trump administration activated in August to restore all U.N. sanctions that had expired under the 2015 Iran nuclear deal.

Also last week, the administration said it would accept an invitation from the European Union to talk with Iran along with the other five signatories of the nuclear deal.

“The Iranian nuclear deal remains the single worst agreement the United States has ever entered into,” she said. “We were right to withdraw and turn to a policy of ‘maximum pressure’ with sanctions against the regime. Any effort by the Biden administration to return to the deal would be a mistake and would signal to Iran that nuclear blackmail is effective.”