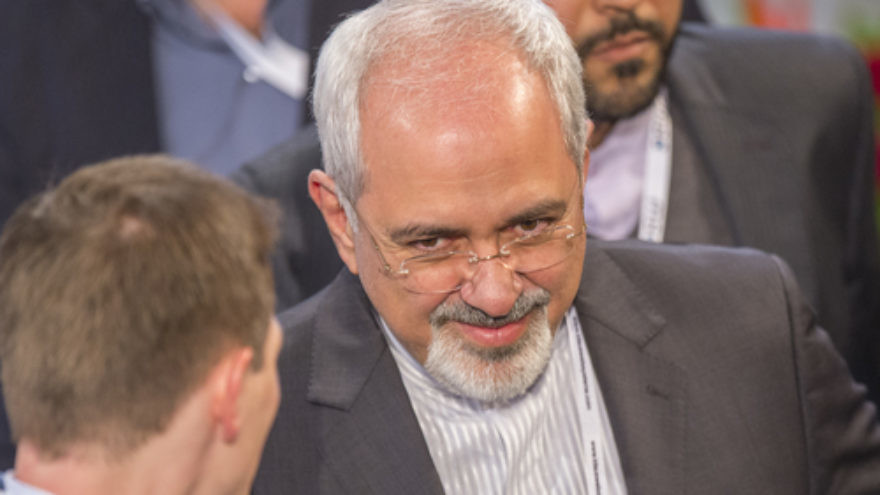 (February 22, 2021 / Israel Hayom) Iranian Foreign Minister Mohammad Javad Zarif on Sunday said that the unilateral sanctions that the United States has imposed on his country have cost the Islamic Republic’s economy more than $1 trillion.

Zarif argued that the Trump administration had imposed 800 sanctions on all levels of the Iranian economy, saying that all of them would have to be lifted before the U.S. could return to the deal.

He lauded China and Russia, two signatories to the JCPOA, for “being Iran’s friends” during the sanctions era, and admonished Germany, France and Britain—the nuclear deal’s European partners—for not pursuing “any tangible efforts” to maintain their ties with Iran.

“The situation Europe has created for itself is that it has to wait for the U.S. to make a decision; it lives at the behest and mercy of the U.S.,” he said. “Now, they should convince the U.S. to come back [to the deal], at least to allow them … to maintain their dignity and allow them to fulfill their obligations. That’s not a tall order.”

Iran’s top diplomat further warned that if the U.S. fails to lift sanctions, his country will leave the JCPOA and continue to boost its nuclear program.

“This is not a threat. We are simply exercising the remedial measures foreseen in the JCPOA,” Zarif stated, adding that Iran would like to “normalize economic relations with the world,” and “does not want to engage in ‘nuclear extortion,'” as former U.S. Secretary of State Mike Pompeo has claimed.

Zarif asserted that it was Washington that was “engaging in extortion,” as its crippling sanctions have prevented Iran from meeting the public’s needs during the COVID-19 pandemic, which has hit the Islamic Republic particularly hard.

The administration of U.S. President Joe Biden is still continuing the “maximum pressure” campaign of the Trump era, Zarif said, adding that the U.S. was blocking Iran’s request for a $5 billion loan from the International Monetary Fund to fight the pandemic.