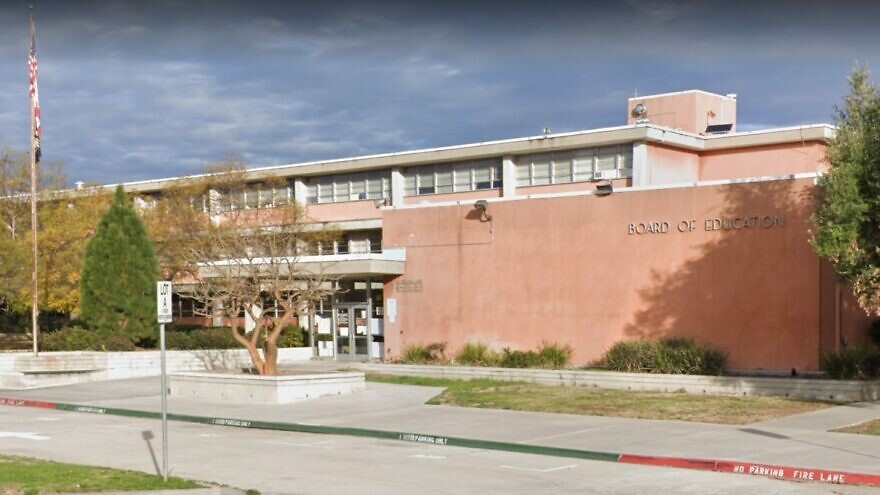 (October 27, 2021 / JNS) The San Diego Unified School District’s Board of Trustees on Tuesday approved, though modified, a resolution condemning anti-Semitism that would have also supported “unbiased and politically neutral” classroom materials pertaining to the Israeli-Palestinian conflict.

In the approved version of the resolution, the board stated that it “affirms the rights of Jewish students, staff and families, and will continue to work to update and revise existing curriculum, bulletins, instructional resources [and] reading lists to ensure they are inclusive and reflective of best practices and the full diversity of Jewish people, including those in California and San Diego; provide training for teachers, staff, administrators, students and parents; and to address, prevent and respond to anti-Semitism.”

At the same time, the board removed language that noted that the district “operates a robust ethnic-studies program, seeking to recognize the incredible contributions of minority communities and to promote cultural inclusion,” as well as a clause that would have supported “balanced and open classroom discussion, including the use of unbiased and politically neutral materials on issues like the Israeli-Palestinian conflict … while condemning content that delegitimizes the right of any people, including Jews and Palestinians, to self-determination.”

StandWithUs CEO Roz Rothstein told JNS, “This resolution is a positive step and includes important commitments from the school district. It recognizes the International Holocaust Remembrance Alliance (IHRA) working definition of anti-Semitism as an educational tool, acknowledges different forms of anti-Semitism from across the political spectrum and includes key actions to fight this hatred. While language about teaching the Israeli-Palestinian conflict was removed from the original version, district policy still requires such topics to be covered in an unbiased way. We will continue to work with students, parents and other members of the community to build on this resolution.”

Before the modified resolution’s passage, leaders of the Jewish Federation of San Diego County, the Anti-Defamation League’s San Diego branch and the San Diego Rabbinic Association circulated a petition that encouraged the school district to affirm its “commitment to teaching ethnic studies while fighting back against anti-Semitism to make our schools more welcoming for students of all backgrounds and faiths.”

Nevertheless, board president Richard Barrera did not believe the district’s resolution should be included in ethnic-studies education, reported CBS News 8.

Earlier this month, California Gov. Gavin Newsom signed a controversial bill that made ethnic studies a requirement for all public schools within 10 years. Seventy-four religious, civil rights and education organizations, as well as thousands of private citizens, had urged Newsom to veto the bill since it doesn’t enable the state to prevent local educational agencies from using a previously vetoed-on first draft of the state’s ethnic-studies curriculum that contains anti-Semitic language.

The amended resolution’s approval comes after San Diego’s American Federation of Teachers Guild, Local 1931, in September released a statement that argued that “condemning Israel for its ethnic cleansing of Palestinians, occupation, apartheid and war crimes is not anti-Semitism.”

In May, the United Educators of San Francisco became the first teachers’ union in the country to pass a resolution supporting the BDS movement, and in September, the United Teachers Los Angeles union voted to postpone a pro-BDS resolution.