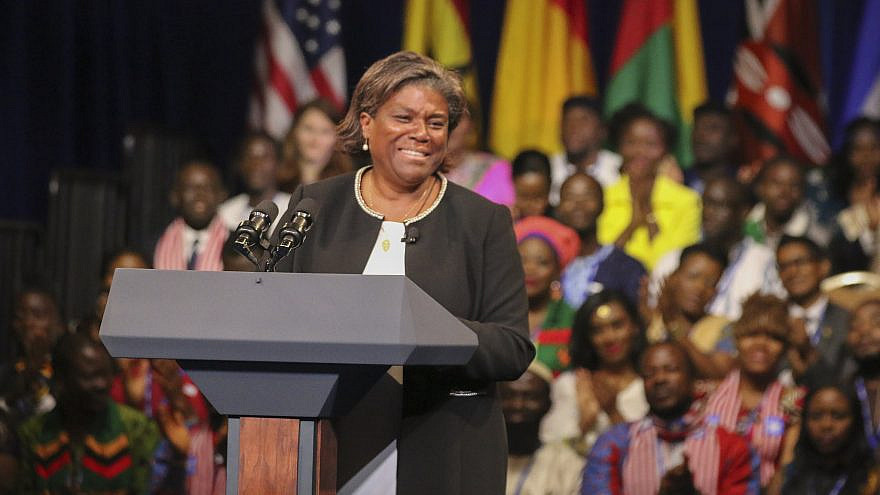 The 35-year veteran diplomat and Louisiana native will arrive in the backdrop of U.S. President Joe Biden’s stated pledge to re-engage with the world body amid the coronavirus pandemic and its global economic fallout. She will be sworn in on Wednesday by Vice President Kamala Harris and present her credentials to U.N. Secretary-General António Guterres on Thursday.

She is a “seasoned diplomat, deeply committed to American values, and the right choice to rebuild our nation’s standing at the U.N. and in other multilateral venues,” he added.

Thomas-Greenfield faces a number of challenges at her new post, such as dealing with global adversaries such as Russia, China, North Korea, and most notably, Iran.

It also comes less than a week before the United States will assume the presidency at the U.N. Security Council for the month of March.

Recently, the Biden administration announced that it would rejoin the U.N. Human Rights Council as an observer. The Trump administration had left the UNHRC, citing its singling out of Israel for criticism while ignoring human-rights violations elsewhere.

At the same time, the United Nations has continued to be a forum for anti-Israel bias.

During her confirmation hearings, the longtime diplomat pledged to fight bias against Israel at the world body, assuring that “I look forward to standing with Israel, standing against the unfair targeting of Israel, the relentless resolutions proposed against Israel unfairly.”

Thomas-Greenfield added that she’s eager to work “with Israel to develop a strategy with them for engaging with countries that would appreciate having Israel’s expertise to support their development efforts.”

She also said she would work to prevent Iran from obtaining a nuclear weapon and expressed opposition to the BDS movement, calling it “unacceptable,” that it “verges on anti-Semitic” and that “it’s important that they not be allowed to have a voice at the U.N., and I intend to work against that.”

Israeli Ambassador to the United Nations Gilad Erdan welcomed Thomas-Greenfield’s confirmation, saying he is looking forward to working with her.

“I am excited to work by your side to tackle global challenges such as climate change and racism, widen the circle of peace in the Middle East, as well as deepening the U.S.-Israel relationship at the U.N.,” he said.