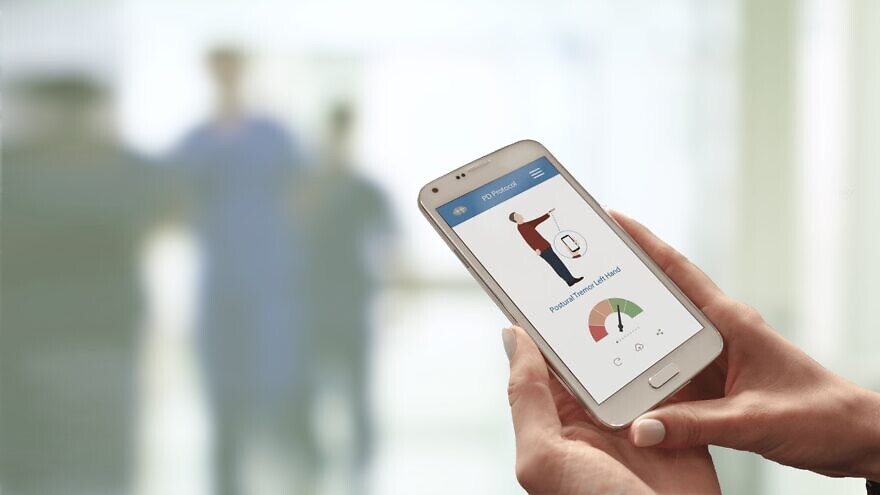 (February 14, 2022 / JNS) An Israeli company has turned standard smartphones into neurological monitoring machines backed by artificial intelligence and is about to expand significantly into the American market.

Mon4t’s application enables any smartphone to measure, record and transmit motor and cognitive performance data, as well as affective indicators, related to the patient’s mood, letting those who suffer from neurological and psychiatric conditions remain comfortably at home while keeping their doctors fully up to speed on their state.

Ziv Yekutieli, co-founder and CEO of Montfort (Mon4t), spoke to JNS shortly before his scheduled relocation from Israel to New York to set up a branch of the company there. Yekutieli, who holds a Ph.D., studied electrical engineering and medicine at the Technion-Israel Institute of Technology in Haifa and Tel Aviv University, and previously worked at Intel before co-founding Mon4t in 2017.

He told JNS that Mon4t’s technology is designed to monitor the full range of neurological symptoms such as tremors, manner of walking, memory, seclusion patterns and many more indicators. The application can even gauge levels of depression by measuring movements within the home and trips outside of it.

Mon4t’s application is currently being evaluated in a pilot run by Israel’s Teva Pharmaceuticals giant for remotely monitoring patients who suffer from psychiatric conditions, while a growing number of hospitals and other companies in Israel and the United States have also adopted it.

“All of this data remains private. The patient decides whether to activate the application or not, and the only person who receives access to it is the doctor providing the treatment,” said Yekutieli.

“Today, there are over 500,000 people worldwide who suffer from neurological problems. The brain is the organ with the largest number of diseases, ranging from Parkinson’s to essential tremor, to cognitive diseases like Alzheimer’s and psychiatric diseases like schizophrenia that impairs a patient’s behavior,” he noted. 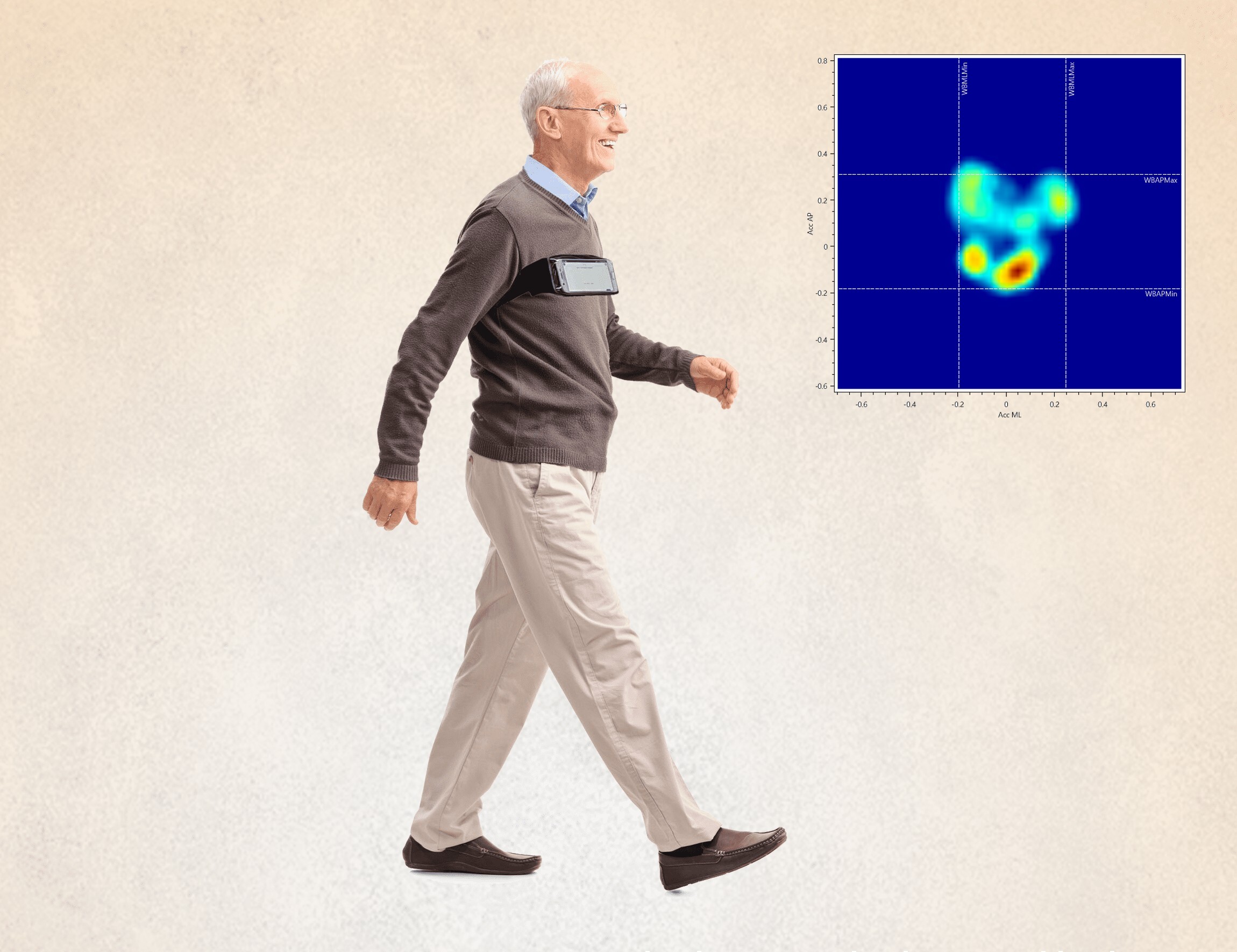 Until now, doctors seeking to make neurological diagnoses would call in patients to their office and visually observe symptoms such as tremors, how a patient walks and talks, and other rough measurements. Yet such symptoms can vary hugely, depending on a whole range of factors, argued Yekutieli, including “when the patient took a medicine, how well they slept the night before or even how long it took them to find parking. So there was no standardized test, and patients had to come into clinics for non-quantitative checks. This really reduces the quality of care.”

While expensive medicines may be needed for neurological diseases, the inability to use standardized tests results in needlessly late treatment, he added, while others have no access to treatment at all. “In the United States, 1 million people have been diagnosed with Parkinson’s, but the real figure is closer to 2 million. They cost the United States some $15 billion a year, because the system is, in effect broken.”

And as the population ages, the situation is getting worse, he noted.

‘Software solves the lack of standardization’

As part of its solution, Mon4t strives to be the go-to application in all neurological diseases for both in-clinic and at-home treatment. “In order to be able to do this, we chose the most common consumer product: the smartphone,” said Yekutieli.

While smartphones are not perfect neurological monitoring devices—they are diverse and unregulated—the devices are still ideal for rapidly transmitting required data to doctors and hospitals dealing with brain conditions.

“The software solves the lack of standardization. A single system initiates a set of checks for each disease, and these are instantly transmitted to a cloud, which uses artificial intelligence for ‘big data’ processing. The doctor receives the medical indicators needed from the extracted raw signals captured by the smartphone,” he said.

The technology makes use of a phone’s built-in sensors, such as its accelerometer, gyroscope, touchscreen, microphone and GPS to monitor symptoms. The application has access to the relevant testing protocol for each condition and initiates the correct check at any given time.

For most patients using this technology, the diagnosis of their chronic condition has already occurred, and doctors need to follow the progression of their symptoms to study how effective the treatment has been.

“This is mass chronic-disease management,” said Yekutieli. “Doctors want to know whether their treatment is improving the patient condition or not. The fact that doctors need to wait for patients to show up in clinics and to hear from them about how the treatment has worked is sub-optimal. We want neurological decision-making to be based on real-time and quantitative intelligence, so that the treatment will reach its goal. That’s like moving from old-fashioned artillery to guided missiles in modern armies.”

The application sends timely reminders to patients, including when to initiate check-ups. Examples of tests include holding up the device for 10 seconds, tapping on the screen, voice recording, repeating numbers and passive data collection to complement the active tests.

“The doctor can sit anywhere in the world and provide effective treatment,” said Yekutieli.

‘The world is heading in the direction of home testing’

So far, several Israeli hospitals have begun using the system, including the Tel Aviv Sourasky Medical Center (Ichilov Hospital), the Sheba Medical Center at Tel HaShomer in Ramat Gan, the Rambam Healthcare Campus in Haifa and the Shaare Zedek Medical Center in Jerusalem.

In the United States, John Hopkins Medicine in Baltimore and the Henry Ford Health System in Detroit—cutting-edge hospitals that conduct research on neurological conditions—have begun using it.

Yekutieli confirmed that “the FDA has approved most of the tests that the application conducts.”

Ultimately, he added, the technology boosts neurological monitoring to its most accurate level to date outside of a hospital to the patient’s home, which reflects the true situation of patients.

Medical insurers in the United States are pushing the medical industry to prioritize home checks due to the costs they save.

“The world is heading in the direction of home testing,” said Yekutieli, and “Mon4t is offering a platform that can evaluate numerous symptoms, anytime, anywhere.”