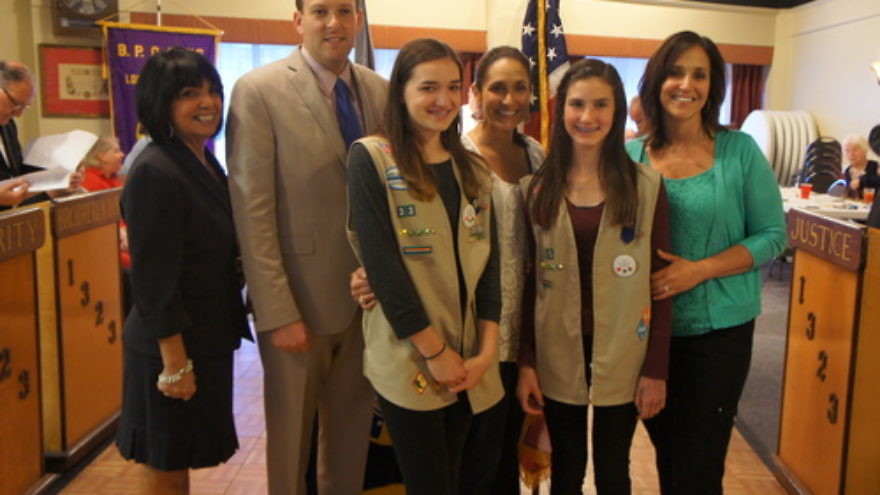 Elected in 2000 to represent Virginia’s 7th Congressional District, he was appointed chief deputy whip after only one term. When Republicans regained control of the House in 2010 and Rep. John Boehner was elected to speaker, Cantor took the reins as majority leader, a heartbeat away from becoming the chamber’s top Republican.

Is there another Eric Cantor waiting in the wings? Another Jewish Republican who, through energy, fundraising abilities, and disciplined public adherence to the GOP’s message has the potential to repeat the Cantor magic?

In New York, state Sen. Lee Zeldin is competing for the 1st Congressional District seat held by Democratic incumbent U.S. Rep. Tim Bishop, an Army Reserve major who served active duty in the U.S. Army Airborne and is an attorney. Zeldin’s first attempt at the seat in 2008 as a political neophyte ended in a loss. Since then, he won a seat in the state Senate and has been popular with constituents and local Republican Party organizations.

Zeldin is seen as having the best chance out of all Jewish Republicans running for Congress this year. Bishop nearly lost his previous re-election bids to another Republican Jew, Randy Altschuler.

Since then, Bishop has been mired in investigations from the Congressional Ethics Office and the FBI into accusations that he solicited a campaign contribution from a hedge fund investor in exchange for using his office to obtain fireworks permits for the bar mitzvah of the investor’s son.

“I think we need to improve the branding of the Republican Party,” Zeldin told JNS.org. “There are many voters who think that compassion and caring means liberalism, and that’s an important challenge for Republicans to overcome. I happen to believe that conservatives are showing the most amount of compassion when looking out for future generations of Americans who aren’t even old enough to vote yet.”

Zeldin’s popularity and record in the district makes him a formidable opponent to Bishop in the general election, but first he must first contest the party nomination against perennial candidate and former U.S. Securities and Exchange Commission prosecutor George Demos. Demos has run for the seat twice before, losing in the primaries. He married the daughter of a wealthy California developer between the current and previous elections and has been able to loan $2 million to his own campaign, compared to Zeldin raising $735,000 and Bishop amassing $1.5 million, according to the most recent Federal Election Commission filings.

With the June 24 primaries around the corner, both GOP candidates have been competing for the title of the “real conservative,” with Demos accusing Zeldin of voting to increase taxes and supporting the Affordable Care Act as a state senator and Zeldin accusing Demos of funding his campaign with his father-in-law’s money, which has also filled the coffers of leading California Democrats like Rep. Nancy Pelosi (D-Calif.).

“Demos is rather loathed by most local Republican leaders because he’s always trying to muscle their candidates aside. But this is the first time he’s really had money and the reason is his wife,” said Cook Political Report house editor and political analyst David Wasserman. “He’s run for Congress twice before and done woefully. In between last time he ran, he got married to the daughter of a construction mogul in California and now all of a sudden he has $2 million to spend on the race — so you can connect the dots.”

In Wasserman’s assessment, Zeldin would give Bishop a “run for his money” if he were to win the primary, even though the Cook Political Report currently places the advantage on the Democrat side.

With U.S. Rep. Henry Waxman (D-Calif.) retiring, the race to replace him in the state’s 33rd Congressional District seat includes a Jewish competitor who earlier this month finished first in the district’s open primary. Elan Carr came in ahead of all the leading Democrats in the heavily Democratic district with 21.5 percent of the vote.

Carr, a criminal gang prosecutor in Los Angeles and a U.S. Army and Army Reserves Judge Advocate General officer, received international media attention for leading Hanukkah and other Jewish services in the former presidential palace of Saddam Hussein while deployed in Baghdad—the city where his grandfather was persecuted and jailed after the creation of the State of Israel in the late 1940s.

“What a privilege it was to express myself Jewishly and provide Jewish services to Jewish soldiers in as unlikely a place as Baghdad, from which [Scud missiles] were launched into Israel only a few years before,” Carr told the Times of Israel in a profile written early last year.

His campaign has attracted a lot of attention among Jewish Republicans, including that of philanthropist Sheldon Adelson, who held a fundraiser for Carr last month.

But money isn’t enough for Carr to pull out a win in a district with such an immense registered Democratic voter advantage.

“I think the dynamic is more complicated and nuanced than simply party affiliation,” he said, pointing to a crowded field of primary candidates on the Democratic side. “Also, when you have 11 Democrats in a race, you’re bound to increase the number of voters in total who vote for a Democrat, because each of those Democrats, in addition to drawing people from their own party, are relying on other things that draw voters, not just party affiliation.”

He also believes that the district has changed significantly form the Democratic bastion it has been for so long, partly because of redistricting but also due to disaffection with the intransience of Congress. Carr, as a moderate, bipartisan Republican, plans to work across the aisle and find compromise with his colleagues.

“A Republican ran against Henry Waxman two years ago and got 46 percent of the vote against Waxman, the poster boy for unbeatable, and that’s with Obama on the ticket,” Carr said. “A lot has happened in the last two years. It’s an open seat, I’m not running against an incumbent and there’s an enormous and deeply held frustration that’s palpable. People want bipartisanship and compromise and my whole campaign is about moving the country forward. There’s a lot more bringing us together than holding us apart. We need to find common ground, reach across the aisle, compromise and move the country forward.”

Another competitive House race to watch with a Jewish Republican is the contest for Arizona’s 1st Congressional District. In a right-leaning district within a deep red state, incumbent Democratic Rep. Ann Kirkpatrick is an anomaly. She is seen as vulnerable and there are three Republicans competing for the chance to challenge her for her job.

Arizona State Rep. Adam Kwasman, 32, is one of those candidates. A product of a Tucson-area Jewish day school and a Conservative synagogue, he is an economist by trade. Kwasman is an energetic candidate with the most ideologically conservative stance of any Jewish Republican candidate. Calling himself a member of the “Kosher Tea” party, Kwasman takes a hardline stance against illegal immigration and government spending, and is a proponent of states’ rights.

“If there’s any group of people who should not trust government, it should be the Jewish people,” Kwasman told JNS.org. “The principles of free market economics, especially the major philosophers of free market and limited government in the 20th century were Jews. [Economist] Milton Friedman is a hero of mine.”

Kwasman’s toughest challenge is in the primary, which will be held Aug. 26. Despite endorsements from Tea Party groups, Kwasman’s strongest GOP opponent is state Rep. Andy Tobin, speaker of the Arizona House of Representatives. Tobin is the local party choice and has recently hosted a fundraiser featuring Boehner.

Gaffe-prone, cowboy hat-wearing businessman Gary Kiehne is the primary’s other competitor. Kiehne is funding his own campaign and his populist persona could cut into Kwasman’s primary results.

In addition to their conservatism, two of the three Jewish candidates—Carr and Zeldin—share military service.

“I think that there is a sense of duty for a soldier to continue to serve. It almost feels for me a personal, permanent commitment to try to leave this place better than I found it,” said Zeldin.

“And there are many different ways to serve. So when that time comes when you take off the uniform and you become a civilian, if you feel that same strong desire to make a difference, this is another great opportunity to do it.”