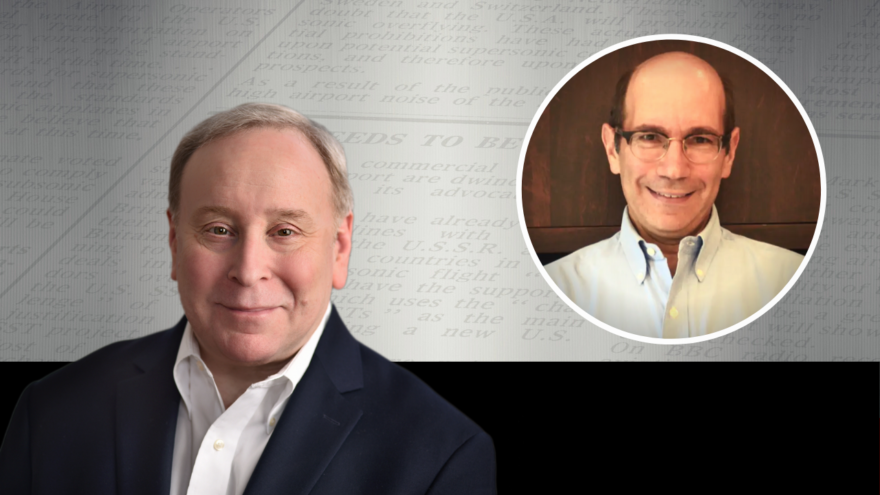 (January 12, 2023 / JNS) Why is Israel the one country in the world with an international movement devoted to its destruction? And why, 125 years after its founding as a movement and long after the wisdom of its founder was demonstrated by the Holocaust, does Zionism remain controversial? Those are questions that JNS editor-in-chief Jonathan Tobin thinks need to be answered as the campaign to delegitimize Israel and Zionism continues to gain ground on college campuses, the corporate media and the intersectional left-wing of the Democratic Party. In the latest episode of “Top Story,” Tobin says that the persistence and strength of the virus of antisemitism is at the heart of the problem.

Tobin is then joined by historian Gil Troy, the editor of a new three-volume edition of the Zionist writings of Theodor Herzl. According to Troy, part of the problem is that contemporary liberals tend to think of all nationalism as bad, including Jewish nationalism. But he believes that learning about Herzl’s life and work can help correct that.

“Theodor Herzl has a message not just for Jews, not just for Zionists, but for the democratic world,” says Troy. “It’s that there is no more effective vehicle for pulling people together, for building community, for doing tikkun olam, for changing the world and for defending ourselves than modern liberal democratic nationalism.”

Troy sees Herzl’s legacy as a unifying factor at a time of great political division for Jews in Israel as well as North America. And he believes Herzl’s personal journey as an assimilated Jew who found his Jewish identity is one that will resonate with both Israelis and Americans.

The embrace of anti-Zionism by so many Diaspora Jews does concern Troy. He believes it is, in part, a byproduct of the acceptance of toxic, woke ideologies that falsely claim that Zionism and love of the land of Israel isn’t integral to Judaism.

Troy is also concerned that critiques of Israel’s new government are rooted in hysteria and partisan bias rather than any genuine worry that democracy is in peril. He believes many on the left, particularly in America, don’t realize that justified worries about terrorism have motivated many Israeli voters. These detractors need to understand, he argues, that despite the “chicken little” approach of some of the government’s critics, the sky isn’t falling on Israel—but that saying so can undermine U.S.-Israel relations.

But Troy believes the message of Herzl, which is basically optimistic, is one for all Jews to embrace, since this is, he asserts, despite the country’s many problems, the best time to be living in Israel. He advises everyone to have ice cream for breakfast on Yom Ha-atzmaut—Israel Independence Day—to remind ourselves of that.