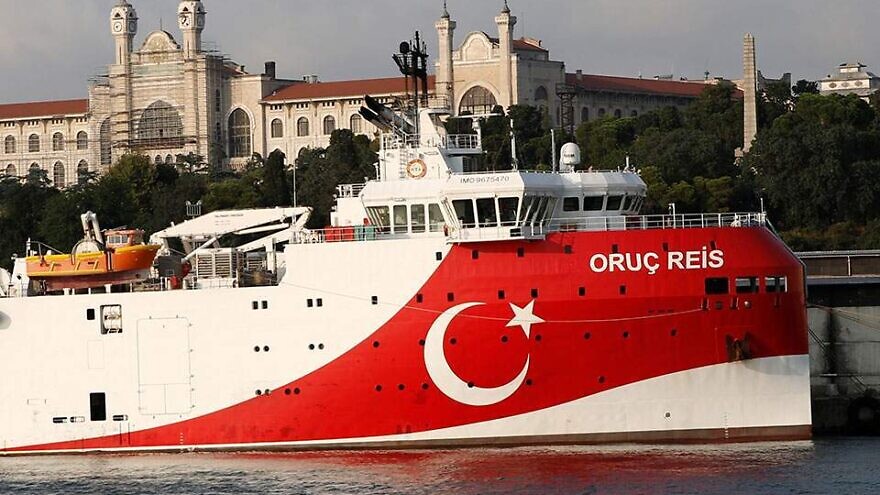 (October 22, 2020 / JNS) Turkey announced on Wednesday that it is extending gas exploration in Greek and Cypriot waters until Oct. 27.

According to the Turkish Navy, the survey ship, Oruc Reis, and two other vessels, the Ataman and Cengiz Han, will also continue work in the disputed maritime zone, which is southeast of the Greek island of Rhodes, Reuters reported.

Turkey pulled the Oruç Reis back last month ahead of a European Union summit during which Cyprus pushed for sanctions against Ankara. After it returned to the eastern Mediterranean Sea this month to explore energy resources in Greek and Cypriot waters, Greece, France and Germany criticized the move.

On Wednesday, Greece tried to get the European Union to rethink its Customs Union agreement with Turkey, according to the report.

U.S. Secretary of State Mike Pompeo said in September that the United States is concerned about Turkey’s actions in the area.