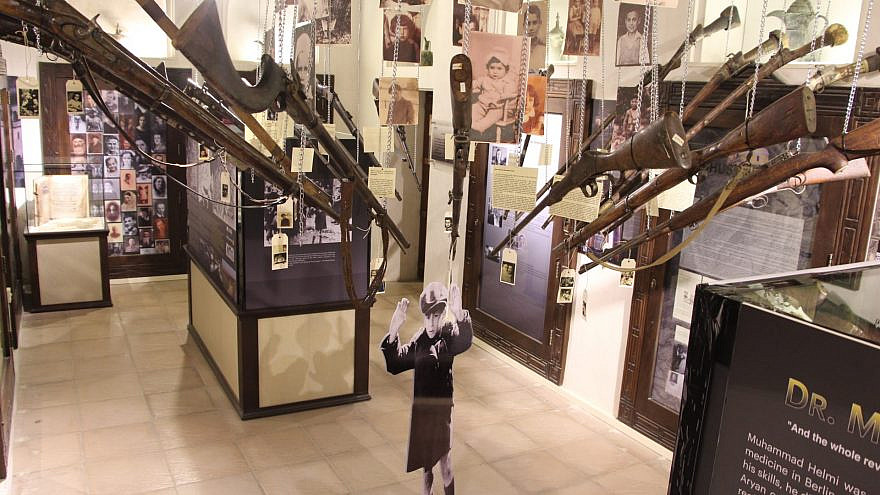 The “ ‘We Remember’: Holocaust Memorial Gallery” at Dubai’s Crossroads of Civilizations Museum is the first Holocaust exhibit in the Arabian Gulf. It opened the week after a ceasefire was put into place between Israel and Hamas in the Gaza Strip following an 11-day conflict.

It features artifacts and testimonies from Holocaust survivors, as well as pays tribute to Holocaust victims. A press release for the gallery said it “explores the chain of events leading up to the Holocaust and uses personal stories, many of which come from Jews in the Arab world. There is also a special tribute to Arab heroes—upstanders who defended and saved Jews.”

The museum’s founder, H.E. Ahmed Obaid Al Mansoori, said “we are concerned about the rise in anti-Semitism in Europe, the United Kingdom and the United States. By teaching and informing our visitors about the Holocaust, we will create more awareness about the danger that this negative rhetoric and resulting actions can lead to. As a leading cultural institution in the UAE, it is very important to us that we focus on educating people about the tragedies of the Holocaust because education is the antidote to ignorance.”

UAE Chief Rabbi Yehuda Sarna, whose wife’s family was saved from the Holocaust by an Arab doctor, said “this exhibit reminds us that we must rise to the challenge of combating extremism as neighbors, as friends.”

Ross Kriel, president of the UAE’s Jewish community, added that it “reflects a new discourse emerging in the UAE, which is rooted in mutual respect and human compassion.” He also noted that “the memory of the Holocaust is emotional and moving but, in this context, it provides a source of hope and reassurance.”